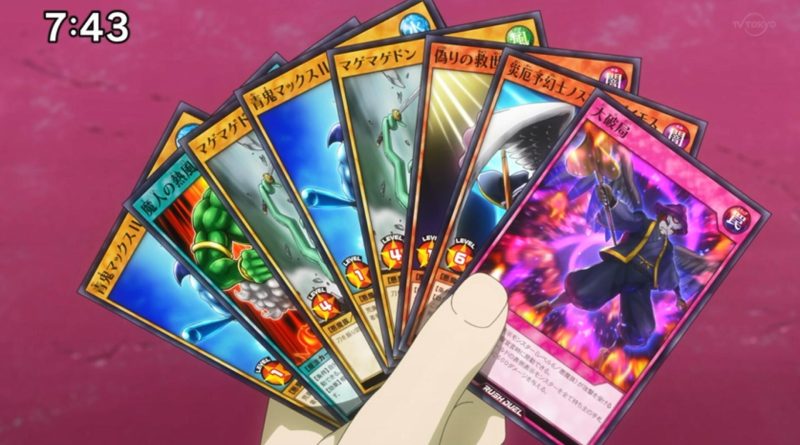 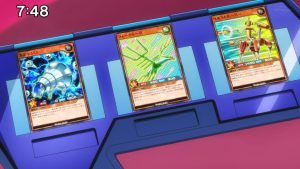 ネジマジロ Nejimadillo (Screwmadillo)
Level 1 EARTH Machine Effect Monster
ATK 0
DEF 1000
[REQUIREMENT] You can activate this by sending 1 Machine monster from your hand to the GY.
[EFFECT] Choose 1 Level 6 or lower monster in Attack Position your opponent controls and change it to face-down Defense Position.

Note: The opponent this week, Nomratdamas, uses a Deck themed on disaster and horror movies, seemingly for names, but is overall referencing the Les Prophéties prophecies written by famed ‘seer’ Nostradamus, a doctor, astrologer/astronomer and occultist from medieval France. Overall it’s going for a doomsday/disaster vibe. 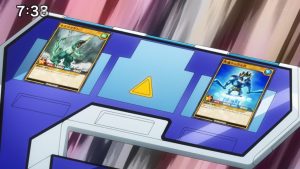 Note: マゲ means bent, crooked, but it might refer to a top knot and this card is probably referencing the movie “Armageddon”. And Dinosaurs ending their names in -don, I think.

Note: This card is almost probably referencing Mad Max II, and the Seiki in its name would usually be like “Ao Oni”, but is being twisted here to sound like 世紀末, as in the genre of “Post-Apocalyptic” fiction, including the Mad Max franchise. 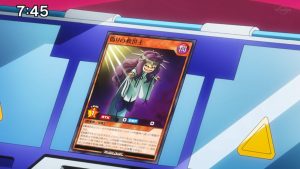 偽りの救世主 Itsuwari no Kyuuseishu (False Messiah)
Level 1 DARK Fiend Effect Monster
ATK 0
DEF 0
[REQUIREMENT] You can activate this by sending this face-up card on your field to the GY.
[EFFECT] Special Summon 1 “(Nosferadeimos the False Prophet of Disaster/Nosferadeimos the False Doomsday Prophet)” from your hand to your field face-up. A monster Special Summoned by this effect cannot be destroyed by battle or card effects until the end of the opponent’s next turn. During this turn, you cannot attack with monsters, except the monster Special Summoned by this effect. 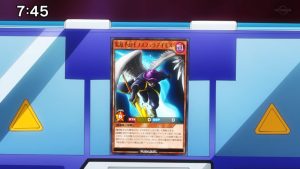 災厄予幻士ノスフェラデイモス Saiyaku Yogenshi Nosferdamus (Nosferadeimos the False Prophet of Disaster/Nosferadeimos the False Doomsday Prophet)
Level 6 DARK Fiend Effect Monster
ATK 0
DEF 0
[REQUIREMENT] You can activate this by shuffling 6 cards from your GY back into the Deck.
[EFFECT] Choose up to 6 cards in your opponent’s GY and shuffle them back into the Deck. Then, until the end of the turn, this card gains 600 ATK x [The number of your opponent’s cards that were chosen]. And, you can choose 1 “Final Destiny” in your GY and Set it in your Spell & Trap Zone face-down.

Note: 予幻士 is like Phantom Prophet, but I think they’re going for the sense of being fake and illusionary. Also its name comes from the famous vampire movie, Nosferatu, and the legendary ‘prophet’ Nostradamus. And the moon of Mars called Deimos that means ‘Dread’ or ‘Fear’ in Greek. Also pretty sure visually, it’s supposed to be referencing a Tengu? 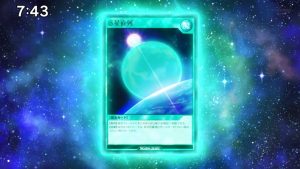 惑星直列 Wakusei Chokuretsu (Syzygy/Planetary Alignment)
Normal Spell Card
[REQUIREMENT] If your opponent controls 3 monsters, you can activate this.
[EFFECT] Draw 1 card. If there are no monsters in your GY, you can also draw 1 card.

Note: A Syzygy is an alignment of three planets together, and is considered meaningful in astrology. 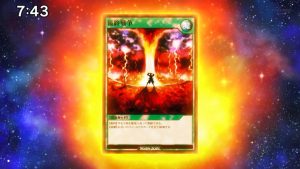 最終戦争 Saishuu Sensou (The Last War/Armageddon/TCG: Final Destiny)
Normal Spell Card
[REQUIREMENT] You can activate this by sending 5 cards from your hand to the GY.
[EFFECT] Destroy all cards on the field.

Note: The Last War, in the Bible, is Armageddon, to be waged at the plains of Megiddo. 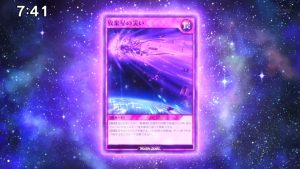 Note: This card is referencing that shooting stars/comets in the middle ages were often seen as omens of disaster. 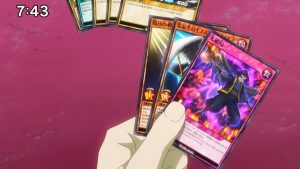 大破局 Dai Hakyoku (Great Catastrophe)
Normal Trap Card
[REQUIREMENT] When a face-up Level 6 Fiend monster you control is chosen for your opponent’s attack, you can activate this.
[EFFECT] Return all face-up monsters on the field to the hand and inflict 600 damage to your opponent.