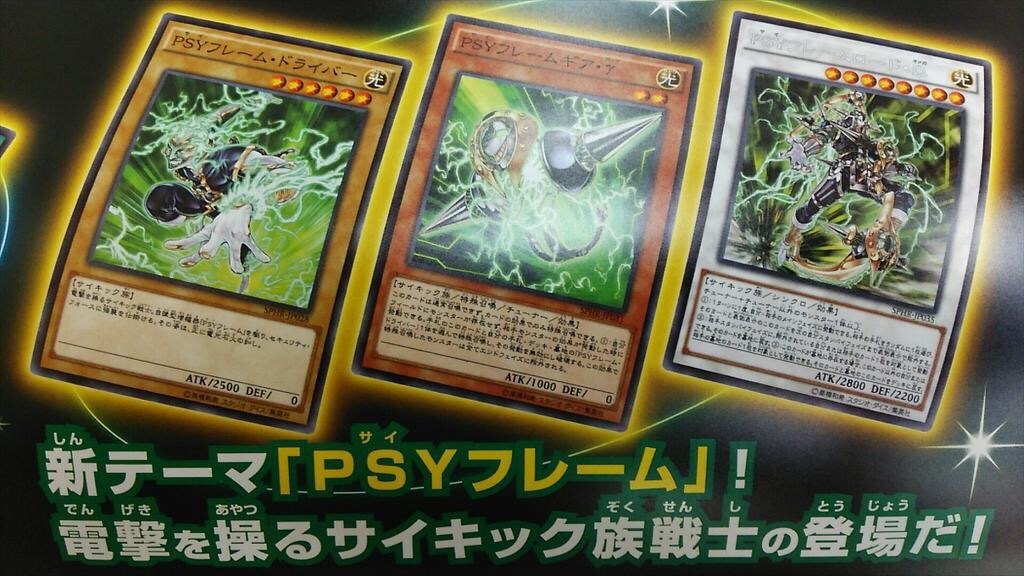 PSYFrame Lord Omega
Light Psychic / Synchro / Effect
LV8 2800/2200
1 Tuner + 1 or more non-Tuner monsters
(1) Once per turn, during either player’s Main Phase: You can select 1 random card from your opponent’s hand and banish both it and this card face-up until your next Standby Phase. (2) During your opponent’s Standby Phase: You can target 1 banished card; return it to the Graveyard. (3) If this card is in your Graveyard: You can target 1 other card in either Graveyard; shuffle both that card and this card into the Deck.

PSYFrame Driver’s flavor is something like:
A Psychic Warrior capable of manipulating electricity. Wielding the Autonomous Amplification devices known as “PSYFrame”, he [battles against the Security Force/uses the Security Force/other?]. His form is truly fast as lightning.