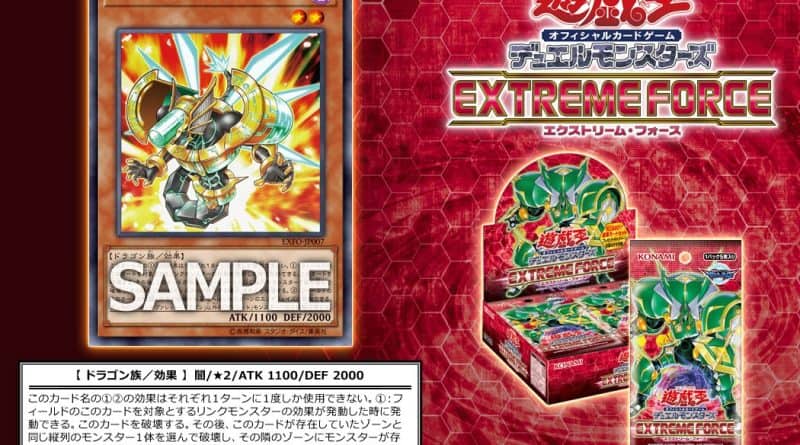 A new member of the Rokket family appears, designed to sweep and destroy opponent monsters. 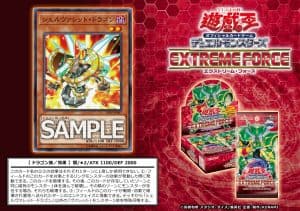 EXFO-JP007 シェルヴァレット・ドラゴン (OCG: Shellvarrett Dragon/TCG: Shellrokket Dragon)
Level 2 DARK Dragon Effect Monster
ATK 1100
DEF 2000
You can only use each effect of this card’s name once per turn.
(1) When a Link Monster’s effect is activated that targets this card (Quick Effect): You can destroy this card, then choose 1 monster in the same column as the Zone this card occupied, and if you do, destroy it, and if you do that, destroy all monsters occupying Zones adjacent to the Zone that chosen destroyed monster occupied (if any).
(2) During the End Phase, if this card is in the GY because it was destroyed by battle or card effect and sent there from the field this turn: You can Special Summon 1 “rokket” monster from your Deck, except “Shellrokket Dragon”.

Warning: The first effect contains an extremely new / different use of text that doesn’t appear to have been used elsewhere. Full understanding of it is almost certainly going to require Ruling clarifications as a result. (Specifically clarification if it lets you destroy more than one monster alongside the first, and if diagonal zones count as ‘adjacent’)