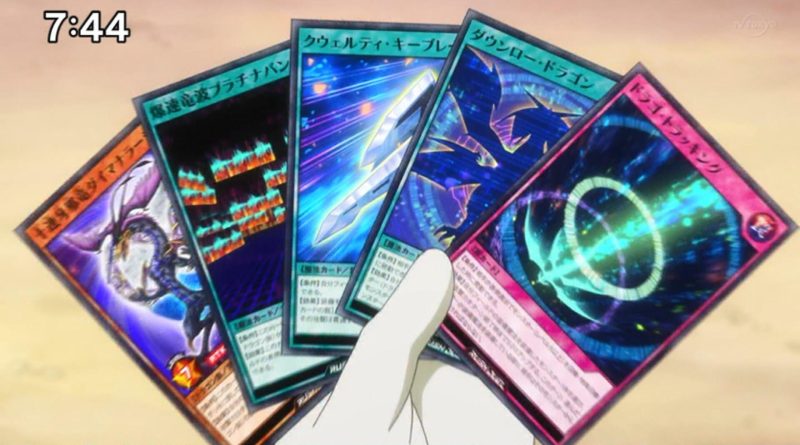 I SAID I WANT TO TALK TO THE MANAGER. 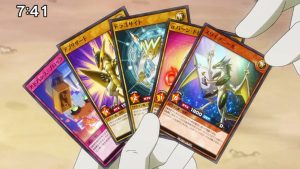 スワイプニール Swipenir
Level 6 LIGHT Dragon Effect Monster
ATK 1800
DEF 0
[REQUIREMENT] You can activate this by sending the 2 cards from the top of the Deck.
[EFFECT] Inflict 200 damage to your opponent x [The number of face-up Level 6 or lower monsters on your field]. During this turn, this card cannot attack.

Note: I think this is a combination of the famous dragon “Fafnir” and, you know, swiping on a tablet or smartphone. 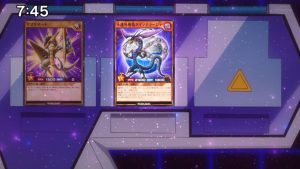 十連牙邪竜ダイマナラージャ Jurenga Jaryu Dymanaraja (Gacha Gatling Bluetooth Dark Dragon Dymanaraja)
Level 7 DARK Dragon Effect Monster
ATK 2400
DEF 1000
[REQUIREMENT] During the turn this card is Normal Summoned, you can activate this by shuffling 10 monsters from your GY back into your Deck.
[EFFECT] Send the top 10 cards of your Deck to the GY. This card gains 200 ATK x [The number of Dragon monsters sent to the GY by this effect] until the end of the turn.

I think ‘naraja’ might be Sanskrit for wrath/rage. Dai’s probably something or other. Maybe Dai as in Big.

十連牙 is literally 10 Continuous Fangs, but it’s basically a twist on 銃連射, i.e.  ‘hail of bullets’. And as per Aura, a major fan translator for Go Rush!!, 十連 is Chinese Slang for a 10-roll Gacha, which is highly relevant to its effect.

連牙 also apparently might also be referencing 藍牙, Chinese for Bluetooth, if search engines aren’t lying to me. So I think it might be an overlap of Gacha and Bluetooth? 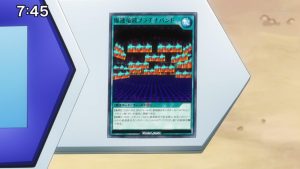 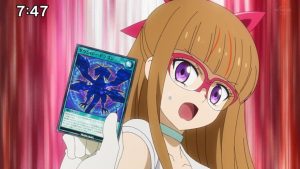 ダウンロー・ドラゴン Downlow Dragon
Normal Spell Card
[REQUIREMENT] When you control a face-up Level 7 or higher monster.
[EFFECT} Send the top 3 cards of your Deck to the GY. If there’s a Dragon among them, also face-up monsters your opponent controls lose 100 ATK x [The number of monsters sent to the GY by this effect]. 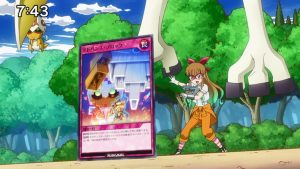 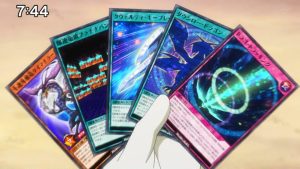 ヴォイドヴェルグ・ヘタイロイ Voidvelgr Hetairoi
Level 3 DARK Galaxy Effect Monster
ATK 0
DEF 1300
[REQUIREMENT] During the turn this card is Normal Summoned, if you control another face-up Galaxy monster, you can ativate this by changing this Attack Position card to face-up Defense Position.
[EFFECT] Until the end of the opponent’s next turn, this card gains 1300 DEF.

Note: The Hetairoi (‘The Companions’) were the elite cavalery of Macedonia, who saw their height under Alexander the Great. 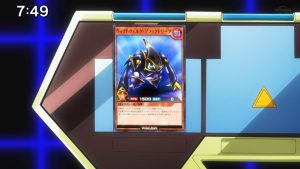 ヴォイドヴェルグ・ブラックドワーフ Voidvelgr Black Dwarf
Level 5 DARK Galaxy Effect Monster
ATK 1500
DEF 0
[REQUIREMENT] During the turn this card is Normal Summoned, you can activate this.
[EFFECT] Choose 1 Level 4 DARK Galaxy Normal Monster in your GY and Special Summon it to your field face-up.

Note: A Black Dwarf is a type of theoretical star, a white dwarf that’s cooled so far it can’t really emit light or heat. 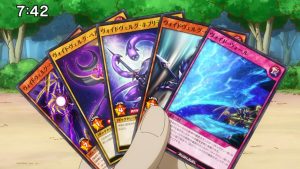