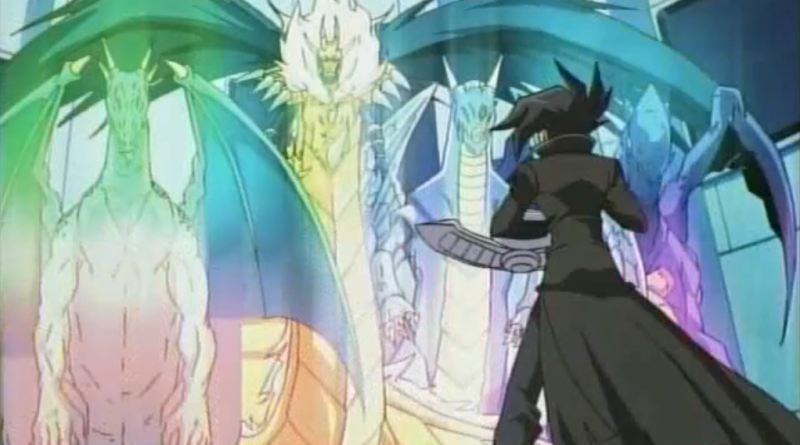 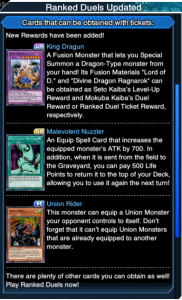 Three new cards have been added to the Ranked Duels Ticket Pools – The UR “King Dragun”, the SR “Malevolent Nuzzler” and the R “Union Rider”. 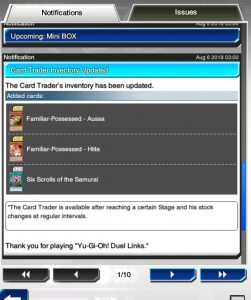 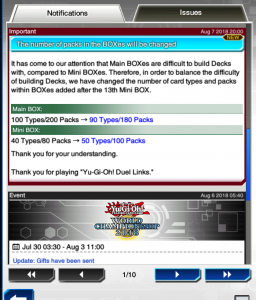 The 1.5 EXP campaign has ended and a Bonus Duel Rewards campaign has begun, where you get an extra 1000 Duel Assessment Points automatically for the duration of the campaign. 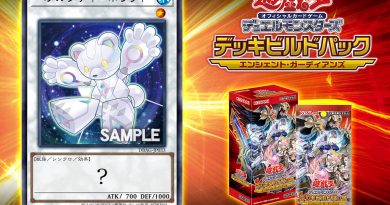 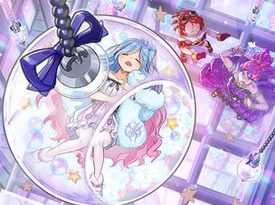 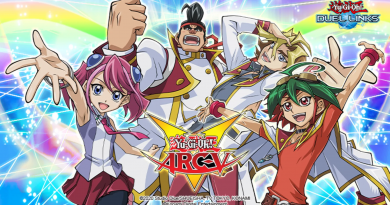