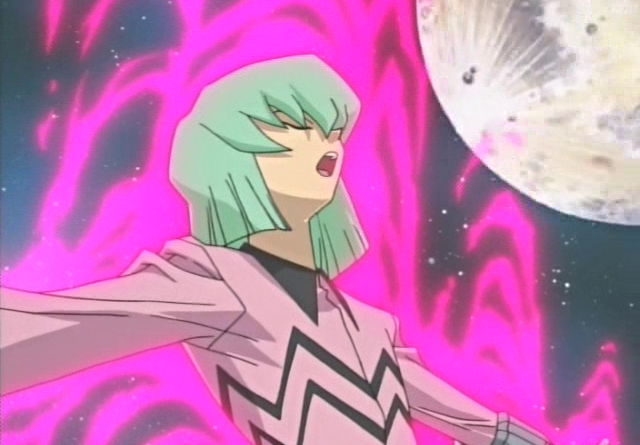 Espa Roba’s PvP event is back with some new rewards, as well as some event modifications.

As with last time, two Types are available to join factions for. Then, when playing in the event, you are put in a team with four other players from the same faction. The first team to hit 40,000 Event points wins and thus gets additional chances at rewards. The starting Types are Spellcaster and Dragon again.

Espa Roba can be unlocked through the Event and a new Skill is also available for him that helps support “Jinzo”. 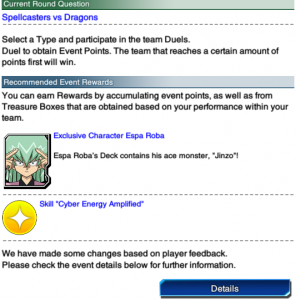 Some changes since last time: You can get additional treasure boxes three times a day for participating. In addition, the first three times a day your team wins will get you 10, 15 and 25 Gems, respectively. Apparently the ratio of treasure boxes has been adjusted, giving out more gold boxes than last time and the matching system has been readjusted for skill level. Finally, you can obtain far more event points from using the Type from the faction you chose than last time. Prismatic and glossy cards can now also drop from the treasure boxes. 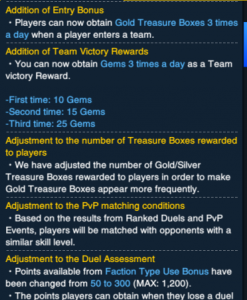 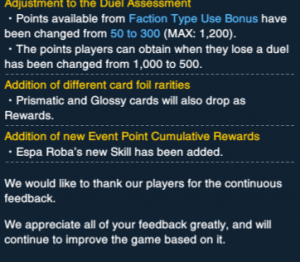 Gold treasure boxes contain either Gems or cards. Silver boxes can also contain those, but the pool is expanded to include Gate Keys and Gold as well. The featured new reward card this time is “Psychic Ace”. 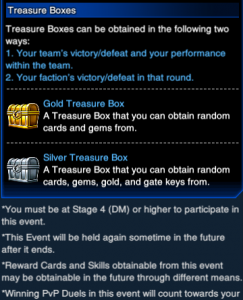 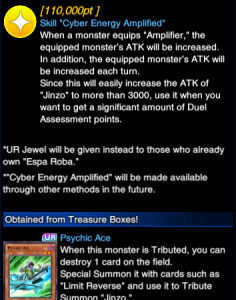 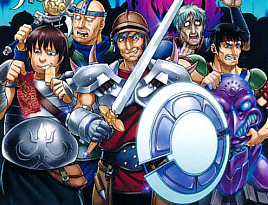 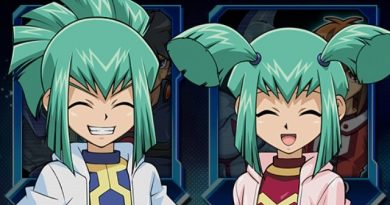