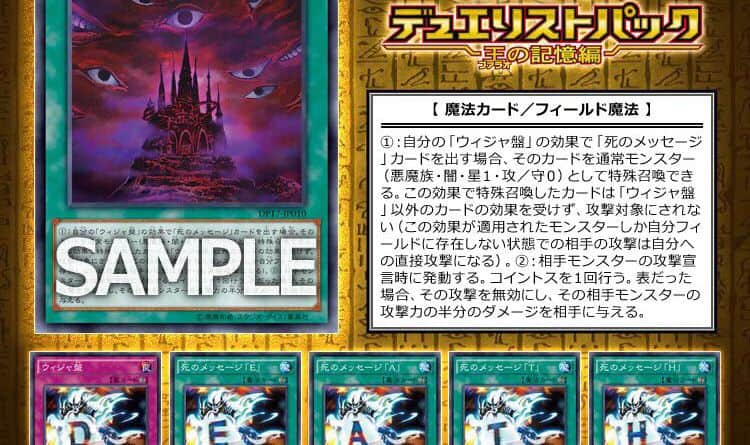 One of Bakura’s most iconic cards from the anime is being printed. Along with 5 other cards. 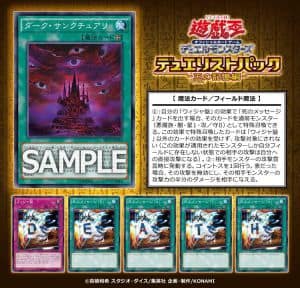 Dark Sanctuary
Field Spell Card
(1) If you bring out a “Spirit Message” due to the effect of “Destiny Board”, you can Special Summon that card as a Normal Monster (Fiend-Type/DARK/Level 1/ATK 0/DEF 0). The card Special Summoned by this effect is unaffected by the effects of cards other than “Desiny Board”, and it cannot targeted for an attack. (If you only control monsters who have this card’s effect applied to them, and no other monsters, your opponent can attack you directly.)
(2) When your opponent’s monster declares an attack: You flip 1 coin; if it’s Heads, negate that attack, and if you do, inflict damage to your opponent equal to half of that opponent’s monster’s ATK.