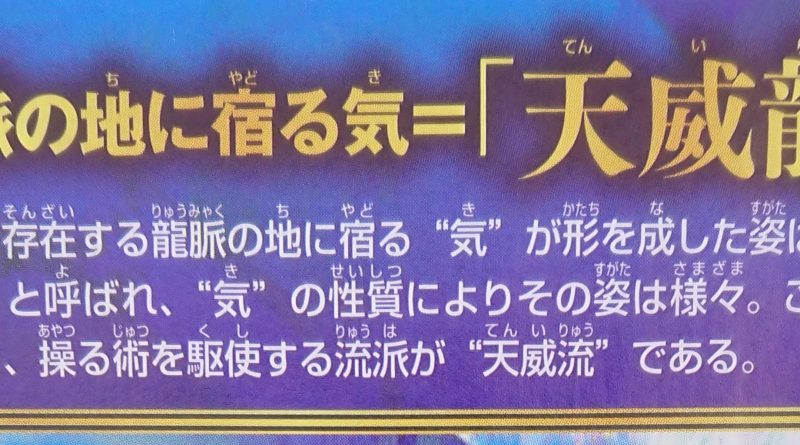 The moral of the story is don’t train in places with lots of dark Chi.

Chi Gathering at Lands of Dragon Vein = Tianwei Dragon
■ The manifested form taken by chi gathering at lands of dragon veins is known as a “Tianwei Dragon”. Their appearances differ depending on the nature of the chi. Practitioners of martial arts borrowing this power for their techniques are known as the “Tianwei Style”. 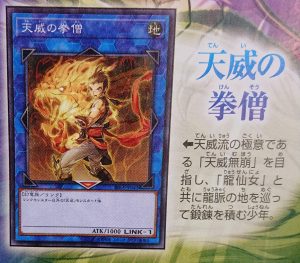 Warrior Monk of Tianwei
■ A young boy who is aiming to master the art of “Tianwei Wubeng”, the secret art of Tianwei Style. He is visiting the dragon veins around the world with “Dragon Immortal” to continue his training. 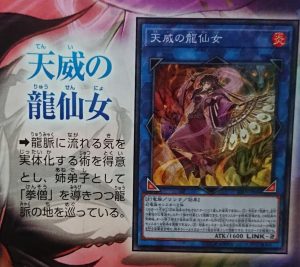 Dragon Immortal of Tianwei
■ An expert at manifesting the chi gathering at dragon veins. She is guiding Warrior Monk on his trip visiting the dragon veins as his senior. 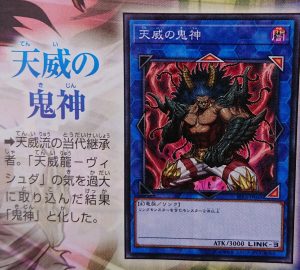 Fierce Ogre of Tianwei
■ The current head of Tianwei Style. He gathered too much of “Tianwei Dragon Visuda’s” chi within himself and turned into “Fierce Ogre”. 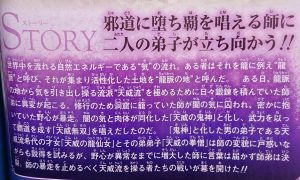 Two Disciples Stand Against Their Ambitious Master Who Has Lost His Way!!
■ Natural energy known as “chi” flows around the world. Someone once described that flow as a dragon, and named it dragon vein, and areas fertilized by it “land of dragon veins”. One day, a sudden incident struck the Tianwei Style master and students, who have been training day in and out to master their art through drawing out chi from the land of dragon veins. The master who had been training by himself within a cave become consumed with dark chi, and it drove his ambitions into overdrive. The dark chi became one with his body, and he became “Fierce Ogre of Tianwei”. He was now going to use violence and force to advance his ambition for conquering and to achieve “Tianwei Mushuang”. His number one disciple, the unmatched genius of Tianwei Style “Dragon Immortal of Tianwei”, and the younger disciple “Warrior Monk of Tianwei” were astonished at their master’s sudden change, and tried to talk some sense into him. With his ambitions amplified to an abnormal level, the disciples of course failed to reach their master by words. To stop their master’s rampage, the curtain now rises upon the battle between practitioners of Tianwei Style!!