Show must go on!

Site confirms there will be a lot more Ems where these came from, show must keep going on! 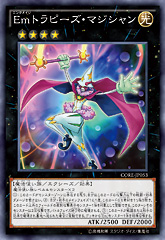 Entermage Trapeze Magician
Light Spellcaster / Xyz / Effect
RK4 2500/2000
2 Level 4 Spellcaster-Type monsters
(1) You take no battle or effect damage that is less than or equal to this card’s ATK. (2) Once per turn, either player’s Main Phase 1: You can detach 1 Xyz Material from this card, then target 1 other face-up Attack Position monster; during this turn it can attack twice, but is destroyed at the end of the Battle Phase. (3) If this card is destroyed by battle or your opponent’s card effect and sent to the Graveyard: You can Special Summon 1 “Entermage” monster from your Deck. 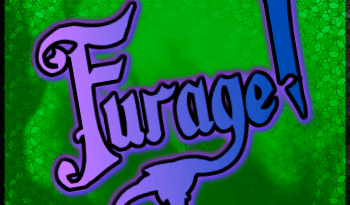