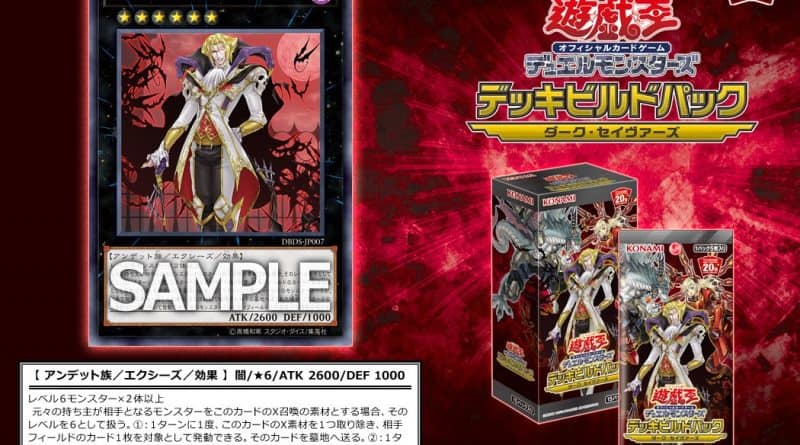 As many have guessed, the theme due to get revamped in Dark Savers is Vampires! 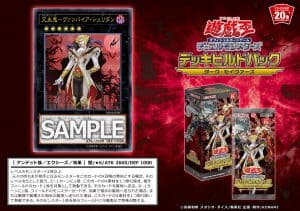 DBDS-JP007 交血鬼－ヴァンパイア・シェリダン Al Dhampir – Vampire Sheridan
Rank 6 DARK Zombie Xyz Effect Monster
ATK 2600
DEF 1000
Materials: 2+ Level 6 monsters
If you Xyz Summon this card by using a monster that is owned by your opponent as Xyz Material, that monster’s Level is treated as 6.
(1) Once per turn: You can detach 1 Xyz Material from this card, then target 1 card your opponent controls; send it to the GY.
(2) Once per turn, if a monster(s) on the field is sent to your opponent’s GY by a card effect, or is destroyed by battle and sent to your opponent’s GY: You can detach 1 Xyz Material from this card; Special Summon 1 of that monster(s) to your field in Defense Position. 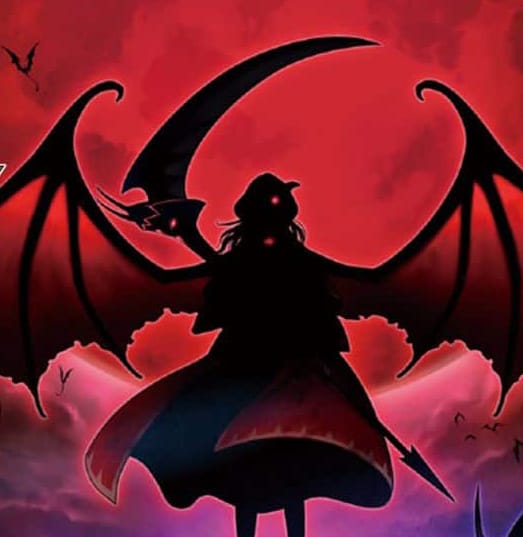