Welcome to the next installment of the Casual Deck Strategy articles, and this round we have another amazing card from PRIO that helps make a brand new deck even more of a reality! I’m sure you’ve heard of Counter Fairies before, using Bountiful Artemis to draw your way to heaven as you interrupt everything your opponent tries to do, but have you ever considered throwing counter traps alongside a dragon engine? Van’Dalgyon the Dark Dragon Lord is a great place to start, but what new card can make this a viable strategy? 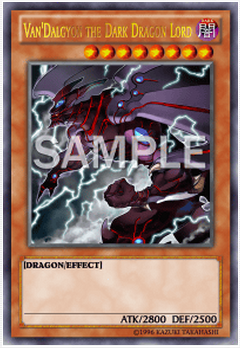 This deck is fairly straightforward: Draw your heart out, Xyz Summon Rank 8, then watch your opponent cry as they struggle to get over Divine Dragon Knight Felgrand backed by Counter Traps. But what Level 8 engine could possibly work to have a reliable method of summoning Felgrand? Let’s meet the series of monsters used by Mizar in the ZEXAL anime, the LIGHT and DARK Dragons! While the only name they share is ‘Dragon’, each can be used to effectively get Level 8 monsters ready for an Xyz Summon. The power in this deck, is that the latest addition to the theme from PRIO, Heliosphere, the Supreme-Shield Dragon, can literally stall the opponent for a turn or two whenever you need just a few more turns to set up, in addition to being a LIGHT Level 4 that can turn into a Level 8 monster when you control another Level 8 Dragon-Type. Let’s meet the rest of this dragon gang that will soon become your best friends with this deck!

Schwarzschild Limit Dragon, while being a mouthful to actually try to pronounce, is the other piece of the Rank 8 puzzle! Being an easy-to-summon level 8 comes with perks, especially if you happen to draw multiple of him. He is also one of your key, go-to problem solvers if your opponent happens to get out a Felgrand against you!

The last main base for this deck that makes it worthwhile to consider is the advantage engine in the form of Chaos Dragons. Without these guys, there is absolutely no way that a Counter Dragon deck could ever hold a candle to the speed of their Fairy counterpart. With the White and Black Level 4 Chaos Dragons, you have an easier time using Queen Dragun Djinn, who then in turn assists back with your Rank 8 Xyz Summons! The whole deck is a vicious cycle for the opponent, especially when their attempts to derail its power get constantly negated by Counter Traps! Let’s take a peek into the core lineup for this sort of aggressive/control build! 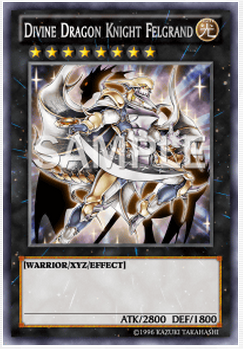 This lineup may seem extremely basic and limited in scope, but that is its purpose. Counter Trap-heavy decks are always one of the few that leave a ton up to player preference, and this variant is no exception. To add to this lineup, I add a playset of Cardcar D, Upstart Goblin, and Reckless Greed to speed towards the Counter Traps to literally lock the opponent out of the duel; however, if you’d prefer to play more slowly and play a grind game, I’d suggest running a couple Monarchs to exploit your Chaos Dragon loop as Tribute fodder. As always, player preference is more important than any card I could ever suggest. You have to feel comfortable when using your deck, otherwise it simply isn’t worth running.

Seven Tools of the Bandit: Awesome counter trap that helps protect your plays from the meddling of your opponents. It does have an LP cost, but you can normally get around that. It all boils down to being a 1 for 1 Counter Trap!

Judgment of Anubis: This is literally the first Counter Yrap you should be considering in this brand new OCG format following the arrival of the Artifacts! With the ability to shut down at least 6 cards of their deck while destroying a monster they control…. it is simply worth it. The only downside is that Van’Dalgyon only burns when you negate a spell, not as helpful as a reborn or a free destruction.

Tachyon Transmigration: The original inspiration for creating this variant, this Counter Trap is extremely powerful. With the ability to negate entire chains and trigger multiple Van’Dalgyon effects…. Yes, it is worth considering, especially when Rank 8 Xyz Summons are so close for this deck.

Hoban Upstart/Reckless Combo: I’m not going to go deeply into an argument concerning these cards, because quite frankly, it’s not worth it. What I will say is that these are good in certain decks when you need to get to combo pieces. This deck can be held as an example of that, because you benefit greatly from having Van’Dalgyon before activating any of your counter traps! Also, these mesh amazingly with Cardcar and Duality, allowing for quite a bit of speed.

Trade-In: Adding on to our speed options, we cannot forget Trade-In in a deck of so many Level 8 Dragon-Types! The options there, however, I have gotten rid of them in recent testing due to having fewer and fewer acceptable discards.

Swordsman of Revealing Light: This is an AWESOME hand trap by being able to be half of an important Rank 8 Xyz Summon! However, Tragoedia can function in nearly the same role, however it does not block an attack before the damage and it cannot destroy their monster before your turn.

Black Luster Soldier – Envoy of the Beginning: Awesome monster for chaos variants, especially when backed by counter traps; however, I prefer to focus on banishing LIGHTs and DARKs for the Chaos Dragons to summon out Queen Dragun Djinn. 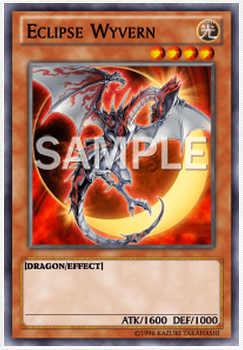 Completed Example Deck:
For those of you who have completed reading this guide, enjoy the knowledge of the dragons of legend! The following link is a screenshot of my personal Counter Dragon build. It may not be the best build for them, but it can serve as a baseline for your deck construction in the future: http://i.imgur.com/o5SR7Aj.png