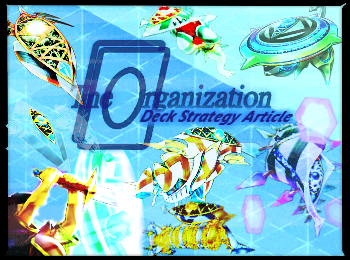 Fire up all the gunships of the galaxy, for the Qliphort need a helping hand!

For those of you who don’t remember the good old days when Qliphort became the first pendulum theme to have an impact on the game, let this section serve as your wayfinder. This is an archetype of high-level EARTH/Machine pendulum monsters that revolve around the Tribute Summoning mechanic. Over time, this deck has appeared in many forms. It started rather pure, acting as a control deck relying on the pendulum mechanic to retain monster advantage. Then it shifted into existing purely as a turbo build to get out an unaffected boss monster in Apoqliphort Towers. While duelists have tried to keep this theme alive as floodgate central, it’s time to test out a new facet for the deck – queue today’s article.

So let’s introduce the themes that the majority of Qliphort monsters share. First, all of the Pendulum Qliphorts are either scale 1 or 9.  They all contain the line: “You cannot Special Summon monsters, except “Qli” monsters. This effect cannot be negated.” so you should immediately think of only running the theme in a pure fashion. The effect monsters can be Normal Summoned without tributing, but if you do they become level 4 and drop to 1800 ATK. This ATK and Level drop also occur if they are Special Summoned. While this seems like a ton of restrictions off the bat, this theme has a ton of powerful effects in its favor.

It all starts with the key searcher for the theme – Qliphort Scout. While it is a Normal monster, it boasts the powerful Pendulum effect of trading 800 LP for any “Qli” card from the deck. This isn’t a once-per-turn effect either, so if you can cycle multiple copies, you can get multiple searches. The other unique powercard for the theme is Qliphort Stealth – whenever it is Tribute Summoned, you can return 1 card on the field to the hand. The unique aspect of this is that your opponent cannot respond to this effect, thus you can intentionally build chains that your opponent cannot stop.

But what else will go on the chain? First, Qliphort Carrier and Qliphort Helix both are Level 6 pendulums that have an effect when tributed. Carrier can return a monster on the field ot the hand, and Helix can destroy a Spell or Trap card. Combine these two with Stealth and you can break established boards with ease. The last card commonly found on the chain link is the theme’s equip spell – Saqlifice. First this spell lets you equipped Qliphort be treated as 2 tributes instead of 1, and secondly, whenever it is sent from the field to the GY, you can add a Qliphort monster from deck to hand. So think of this as an additional searcher for the searcher.

While this theme may not play well with non-Qliphort Special Summons, that simply means you need to lean into other forms of support for your main theme. Before we get to the main punchline here, think about how awesome it would be if you could do a Stealth tribute summon during your opponent’s turn? What if I told you it was possible with a new card that just was released to the TCG, Armory Call, combined with an Equip Spell that’s still OCG-only, Raptinus’ Supreme Magicblade (YGOrg Translation).

In this strategy, Armory call serves a dual purpose. Since this trap can add (then equip) any Equip spell from your deck, you can use it to tutor either Saqlifice or Magicblade as needed. But when it comes time for your opponent to enter the Battle Phase, make sure your have a Magicblade and you can change the battle position of the equipped monster to immediately Normal Summon. Sure, you can also do the same play on your own turn, but it’s just more fun to describe when you are talking about tributing on their turn.

Additional support cards can also be included to give the strategy even larger boosts. Since Qliphort Scout is a Normal monster, you can run 3 copies of Summoner’s Art to have even more searchers for your searcher! And let’s not forget the partner Normal pendulum for the theme in Qliphort Monolith, which rewards you with additional draws after tributing Qliphort monsters for Tribute Summons. Lastly, while the in-theme Link monster has been primarily disregarded for the control-based Qliphort strategy, we can finally put all of its effects to great use!

The last big component of today’s build is yet another archetype serving as a nitro-boosting engine for the Qliphort theme. That’s right, we’re calling in the Infinitracks. First, Infinitrack Anchor Drill is a Normal Summon that can Special Summon any of your other Qliphort from hand, immediately giving you material for a Genius. But if you do so before setting a Pendulum scale, it also enables fancy Xyz Summoning. Whether it is changing Levels to make a Rank 9 or a Rank 10, or just going immediately into a Rank 4, Anchor gives the strongest members of the Xyz toolbox to a deck that has never been able to employ them before.

Next up is another enabler for genius, but that has a secondary role as well – that’s right, we’re bringing in Infinitrack Doom Dozer. He may be a Level 5, but when it is Special Summoned from the hand (either by Anchor Drill or its own condition), you can summon another Infinitrack from your deck. Again, this gives you an immediate Genius, but it also can summon another Lv5 Infinitrack to make yet another Scout searcher – the Rank 5 Infinitrack River Stormer. Don’t forget, you can also tribute a Helix or Carrier with your Level 5 Infinitracks to trigger them early to disrupt your opponent’s disruption options!

So now that I’ve covered the major players for today’s build, lets take a look at the decklist and see how it can all come together! 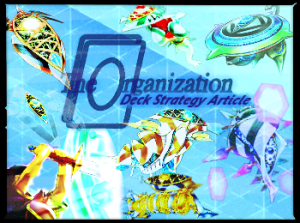 This deck is all about aligning your fleet of ships in advance, making tactical advances, then relying on reinforcements to claim victory on the day. After all – isn’t that the Pendulum mechanic in a nutshell anyways, making the most of endless resources? The difference with Qliphort is that you really do only rely on your own forces – their restrictions force you into that. So, the decklist above is all about channeling this premise.

First, you need to get your ships into position. To do that, this list maximizes the potential for opening a Qliphort Scout and get your remaining combo pieces. With all of your search capabilities, your chances of getting to that initial scout is quite high. That includes Summoner’s Art, Qliphort Genius, River Stormer, Electrumite, and Saqlifice. Wow, that’s a lot of search power, and that’s exactly what you need to make sure your fleet is ready to engage any enemy.

Next, the tactical side of the deck comes out with how you choose to spend your valuable normal summon(s). With the help of their field spell Laser Qlip, this deck naturally gets 2 Normal Summons during the same turn. But even if you don’t have the field spell, each of your primary Tribute Summons serves a different purpose. We already covered Stealth, but the other major contributor is Qliphort Disk. By Tribute summoning Disk, you get 2 additional Qliphort straight from your deck. If you have Genius on the field, you get 2 Qliphort Special Summoned in addition to a search of another Qliphort to hand by summoning them to the zones he points to.

The endgame for this deck is using the continuous stream of advantage to win the duel. Unlike the control variant, this deck can’t hope to just stop the opponent from playing. Instead, you are best served by utilizing your disruptive options to wrestle advantage back from what your opponent establishes to the field. But you also have 2 major win conditions. Qliphort Cephalopod is the first, against decks that run lots of monsters that hit the GY. 300 per monster really adds up, especially if you deal other damage throughout the duel. Qliphort Shell is the second, double attacking through a ton of threats. While you can choose to run one of the Apoqliphorts as a final boss, the New Master Rules have made it difficult to ensure having enough tribute material to safely rely upon it as an endgame option – thus, I opted for the former two.

All that being said, there is a lot of variability with this theme – especially more than would initially meet the eye. So I’ve chosen to limit this next section just to cards that support this equip-centric variant of Qliphort, rather than the archetype as a whole. But do note that the control build is still technically a thing, as Qliphorts can play under most of the major floodgates! (Or you can just see that as another positive to running this sort of variant). But either way – keep in mind that the ultimate weakness to any final fleet is apparently horses.

In short, the Qliphort theme has a ton of potential, even in today’s game. With a bit of creativity and innovation, it’s possible to shift the theme to a more aggressive footing and wield your armada of ships to query your opponent’s defenses. Additional Normal Summons for a tribute-centric theme is awesome, especially when you have a nigh-unlimited source of tribute fodder. With that, I hope you had a bit of fun with today’s article, and hope you check in for my next article coming down the pike! Happy 2020!

Reminder, I also take suggestions for future CDS articles! I really want to see some input from you! If you wish to see a CDS article about the archetype, theme, or strategy you love, feel free to private message me on the YGOrg Discord server, the YGOrganization Forums, or just post a comment in response to this article on our Facebook page with your ideas to keep under consideration! On most YGO-related communities my username is Quincymccoy, so feel free to reach out.