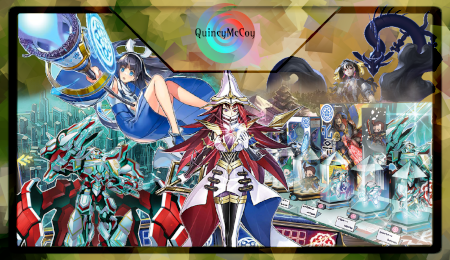 Check out this display of pure pendulumatic power… with Fusions!

Today’s profile centers on the Vaylantz theme, a group of WATER Spellcasters and FIRE Machines, seemingly set in a classic clash against the other. While I’ve covered this archetype in the past (previously translated as Valiants), I’ve never done a pure build, sticking instead to Hybrids. So here goes. The Vaylantz theme centers around proper column management. After all, this theme inherently searches Senet Switch, allowing you to shift one Monster horizontally. Each of the Main Deck Pendulum Monsters can Special Summon themselves from the Pendulum Zone to the Main Monster Zone directly above it, under certain conditions. The heart and soul of the deck is Shinonome, Priestess of the Vaylantz (YGOrg Translation), a Level 2 Spellcaster that can summon itself from the Pendulum Zone with no further conditions, then tutor a Vaylantz Spell after being Special Summoned. Additionally, if she is moved from one Monster Zone to another, she tutors a Vaylantz monster. The other primary option is Vaylantz Voltage – Viscount (YGOrg Translation), the Level 4 Machine that places a Vaylantz from your Extra Deck to any Spell/Trap Zone as a Continuous Spell, while also placing one to your Pendulum Zone as a Pendulum Spell when it is moved from one Monster Zone to another. These two serve as your core advantage engine, especially since the theme has multiple ways to summon a Monster Card from the Spell/Trap card Zones beyond their inherent Pendulum Effects.

I know I’ve spent a ton of words describing these cards, but I haven’t spent much on what they do – they all Summon, a lot, while disrupting your opponent’s board. But there’s one major downside to all of these Pendulums – all of the Main Deck Pendulum Monsters have a Scale of 1. Plus, whenever you summon a Vaylantz from the Pendulum Zone, you’re locked into Special Summoning Vaylantz or other monsters from the Extra Deck for the rest of the turn. That said, thanks to Beyond the Pendulum, this theme can ignore the first concern. Because when Beyond the Pendulum is Link Summoned, you get to tutor Kai-Den Denko Spirit, which carries a Pendulum Scale of 9. Once searched, Kai-Den will provide constant Pendulum access, all while your Duelist Alliance tutors out Pendulum cards to advance your strategy and crush the opponent. Play a bit of 4D chess with the Vaylantz of Feudal Japan, mechanized robots, and Fusion Pendulums!

Note: This is continuing the style of Creative Deck Profile articles, designed to showcase a build through replays and an attached summary. If you wish to see a CDP for an archetype, theme, or strategy you love, feel free to private message me on the YGOrg Discord server, the comments section of any of my YouTube videos, or just post a comment in response to this article on our Facebook page with your ideas to keep under consideration! On most YGO-related communities my username is Quincymccoy, so feel free to reach out. Current pending requested profiles include: Star Warrior, Prediction Princess. 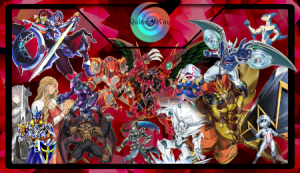