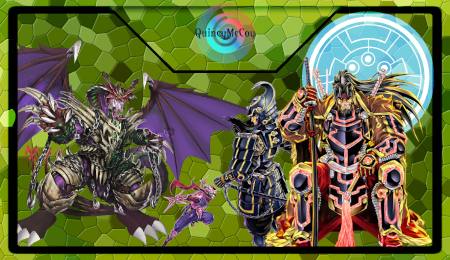 Check out my take on infinite-looping Samurai.

It’s a tale as old as time – the Six Samurai have what is arguably the strongest card ever printed – Gateway of the Six. This Continuous Spell gains 2 counters each time any Six Samurai monster is Normal or Special Summoned, and it can remove 4 counters from your field to tutor any Six Samurai monster from your Deck or GY. Any number of times, no restrictions. Oh, and did I mention that Six Samurai have plenty of ways to Special Summon those tutored monsters, whether it is Grandmaster of the Six Samurai, Legendary Six Samurai – Kizan, or Legendary Six Samurai – Mizuho and Legendary Six Samurai – Shinai. What makes this powerful card even more insane was the addition of Battle Shogun of the Six Samurai, a Link monster that tutors any card that places Bushido counters… or in other words, Gateway itself. While the first duel speaks for itself in showing how to loop through both banishing the opponent’s hand/field/GY endlessly with Trishula, Dragon of the Ice Barrier, drawing out your deck, or looping Gagaga Cowboy to burn the opponent to death, I wanted to use this video to showcase the ease at which these loops are accessible.

Here, you’ll notice I’m using the Adventurer engine, as Magicore Warrior of the Relics is an easily accessible Warrior monster, whose package also comes with Dracoback, the Rideable Dragon to help you maintain the ability to jump into a loop, even when going 2nd. Another option that serves this purpose is Invoked Raidjin, summoned off of Instant Fusion. Either way, with your two warriors you can make Isolde, Twin Tales of the Noble Knights, then use its effect to tutor any Warrior and then use its second effect to summon out Secret Six Samurai – Fuma, giving you both your materials for Battle Shogun and a discard to tutor Gateway. From there, the games begin as you can start spamming Samurai to the board, looping through your deck with the help of Saryuja Skull Dread and going for whichever win condition your heart desires. Take up the way of the sword with the Legendary Six Samurai!

Note: This is continuing the style of Creative Deck Profile articles, designed to showcase a build through replays and an attached summary. If you wish to see a CDP for an archetype, theme, or strategy you love, feel free to private message me on the YGOrg Discord server, the comments section of any of my YouTube videos, or just post a comment in response to this article on our Facebook page with your ideas to keep under consideration! On most YGO-related communities my username is Quincymccoy, so feel free to reach out. Current pending requested profiles include: Dracoslayer, Chaos Synchro 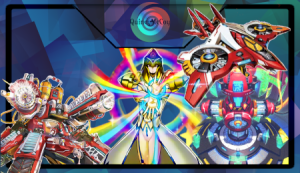