A special reprint pack set-up of 2 packs of “The Gold Box” from 2012 (each pack containing 5 cards each) and either 1 “GOLD SERIES 2013” pack OR 1 Abyss Rising (ABYR) and 1 Cosmo Blazer CBLZ pack has appeared!

And now, with the October 1st onwards Limit Regulation, “Abyss-sphere” has gone from Limited to Unlimited, we’ll again introduce players to the charm and appeal of “Mermails”! Specifically, we’ll be checking out a card, who when you activate its powerful effect, begins a series of explosive combos!

Mermail Abyssmegalo
(Sea Serpent-Type ATK 2400/DEF 1900)
You can discard 2 other WATER monsters to the Graveyard; Special Summon this card from your hand. When you do: You can add 1 “Abyss-” Spell/Trap Card from your Deck to your hand. You can Tribute 1 other face-up Attack Position WATER monster; this card can make a second attack during each Battle Phase this turn.

You Can Create A Simultaneous Combo With “Mermails” And “Atlanteans” Using A Special Summoning Effect!

“Mermail Abyssmegalo” when Special Summoned by its own effect, can add a “Abyss-” Spell/Trap Card from the Deck to the hand.
“Abyss-” Spell and Trap Cards

Also, its rather intense discarding “Mermails” and “Atlanteans” to the Graveyard as the cost of its Self Special Summoning Effect, as they have effects that activate in the Graveyard!! By having these allies work together, you can chain up to 3 different effects at once for a super powerful combo!
“Mermail” Monsters
“Atlantean” Monsters

Its Effect To Attack Twice Is Also Powerful! Decide The Game With An All-Out Attack Alongside Your Allies!

Also, “Mermail Abyssmegalo” has an effect that lets him attack twice! By combining him with his fellow Mermails who can be Normal Summoned naturally or Special Summoned by effects, there are a lot of times where you can instantly decide the game by inflicting 8000 or more damage in an all-out assault! 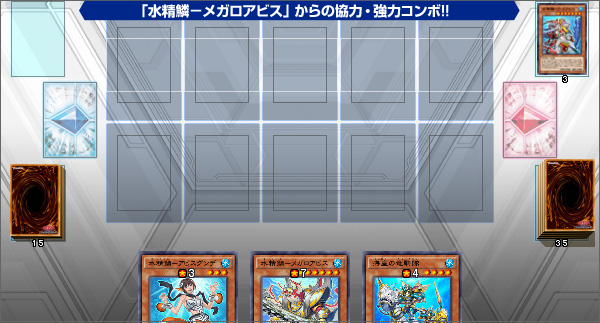 [1]. Activate the self-Special Summoning effect of “Mermail Abyssmegalo”, using 2 WATER monsters as the cost to create a combo! 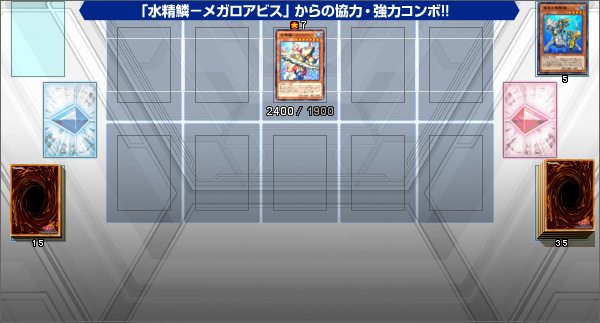 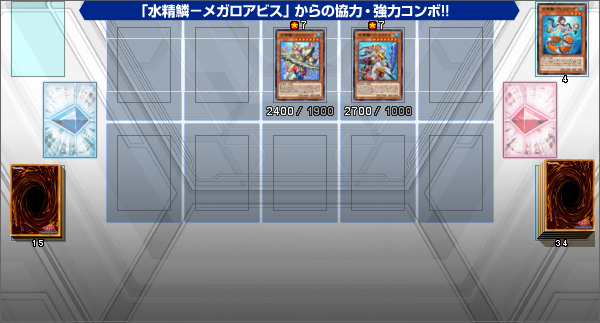 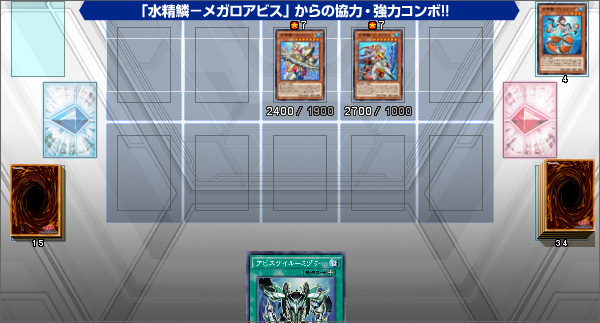 [4]. Next, add 1 “Abyss-” Spell/Trap Card from your Deck to your hand with the effect of “Mermail Abyssmegalo”! （For example, if you want to buff your ATK, like right now, add “Abyss-scale Mizuchi”） 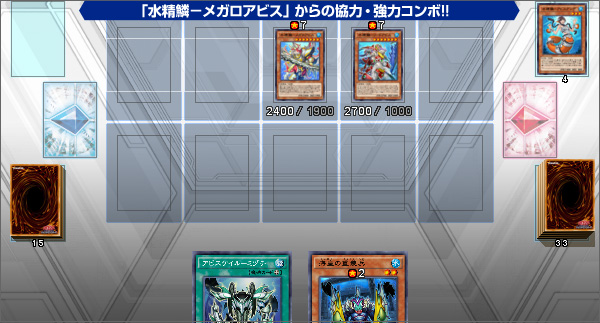 [5]. Finally, you add a Sea Serpent-Type monster to your hand using the effect of “Atlantean Dragoons”! (For this case, we’ll pick a monster to let “Mermail Abyssmegal” activate its double attack effect, but is a WATER-Attribute that activates in the Graveyard when sent to the Graveyard as a cost.) 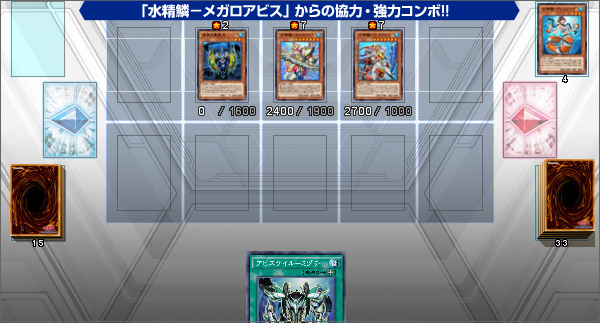 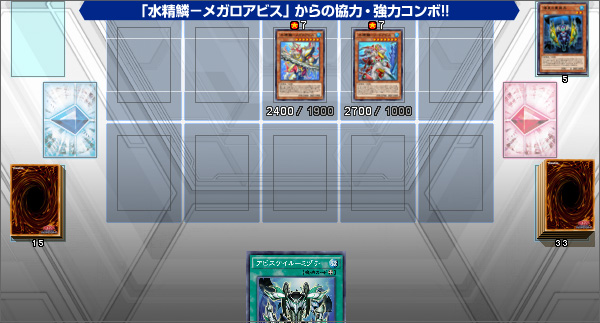 [7]. Activate the effect of “Mermail Abyssmegalo” that lets him attack twice, by Tributing “Atlantean Heavy Infantry”! You’ll unleash a powerful combo that lets you destroy a face-up card at the same time! 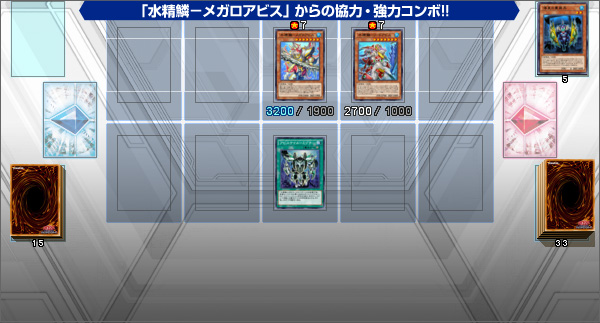 By using the Self-Special Summoning effect of “Mermail Abyssmegalo”, you can unleash a powerful combo!
There are a ton of combos where monsters standing side by side, can attack all-out, inflicting more than 8000 damage!
How many can you call to mind?