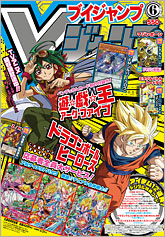 And the card this time, “Entermate Silver Claw” is a Pendulum Monster. Which means you can place it in the Pendulum Zone to set up for a Pendulum Summon.

Also a ton of monsters in the “Entermate” Series are in “The Duelist Advent” which went on sale April 19th, 2014!

Be sure to get your copy in the Jumbo Size June 2014. You can use it as a monsters, but you can also use “Entermate Silver Claw” by placing it in the Pendulum Zone to help Pendulum Summon!

Entermate Silver Claw
(DARK Beast-Type ATK 1800/DEF 700)
It’s a Pendulum Monster with a Pendulum Scale of 5! If it was Summoned as a monster, when this card declares an attack, all “Entermate” monsters you control gains 300 ATK until the end of the Battle Phase, so when it declares an attack, it gains 300 ATK on top of its 1800 ATK, making it a 2100 ATK attacker! Also, if you activate it in a Pendulum Zone, you can obviously use it for a Pendulum Summon, but its Pendulum Effect also gives “Entermate” monsters you control an additional 300 ATK!

Mix “Entermates” with some useful cards, and pull off combos just like in the animated cartoons!