EDIT: These translations are not final, a newly revealed card from another source requires us to localize “Hakaiken” as a consistent term. 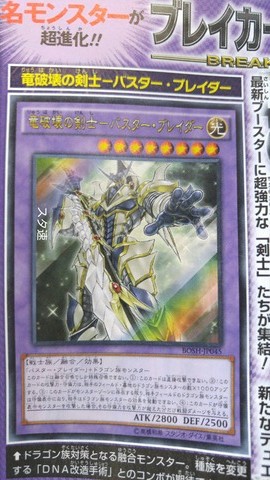 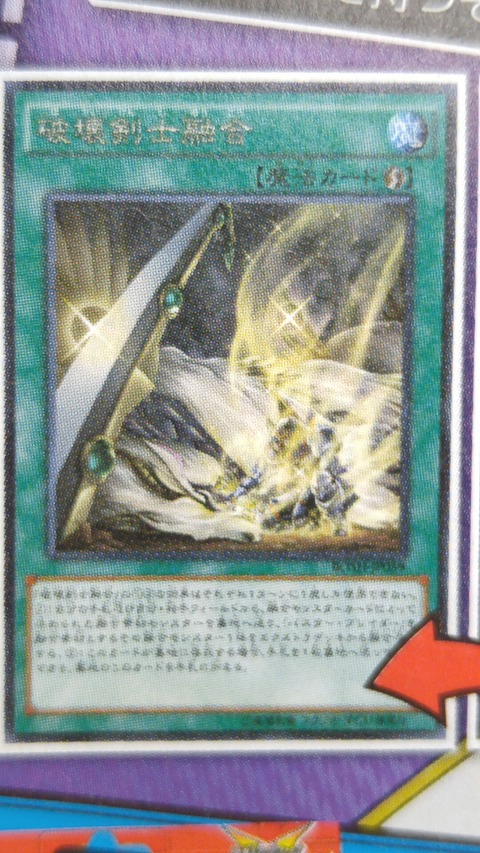 Hakai Kenshi Yuugou / Dragonbane Fusion
Spell Quick-Play
You can only use each effect of “Dragonbane Fusion” once per turn.
(1) Fusion Summon 1 Fusion Monster that uses “Buster Blader” as a Fusion Material from your Extra Deck, by using monsters from your hand or either side of the field as Fusion Materials.
(2) If this card is in your Graveyard: You can send 1 card from your hand to the Graveyard; add this card to your hand. 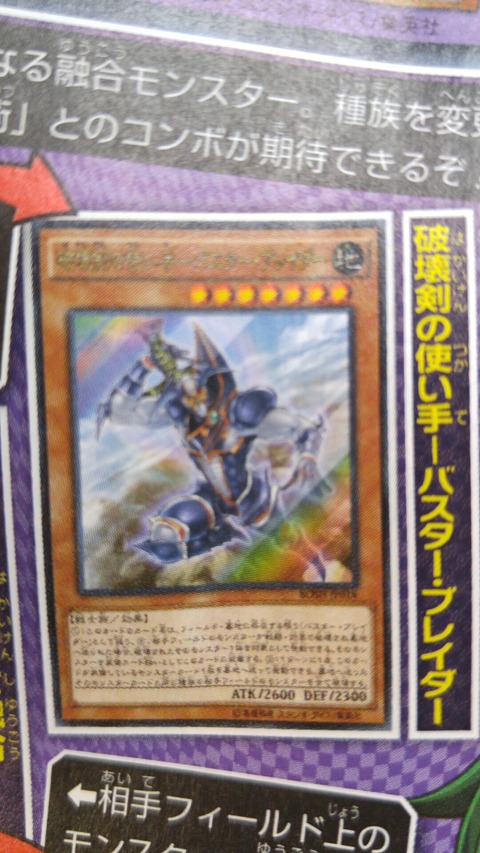 Hakai Ken no Tsukaite – Buster Blader / Buster Blader, Master of Dragonbane
Level 7 EARTH Warrior-Type Effect Monster
ATK 2600
DEF 2300
(1) This card’s name is treated as “Buster Blader” while on the field or in the Graveyard.
(2) If an opponent’s monster is destroyed by battle or effect and sent to the Graveyard: You can target that destroyed monster; equip it to this card.
(3) Once per turn: You can send 1 Monster Card equipped to this card to the Graveyard; destroy all monsters your opponent controls with the same Type as that sent monster’s Type. 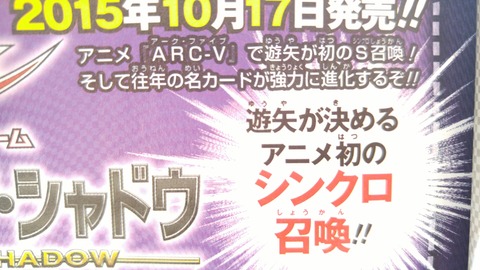 A New Synchro that Yuya uses in the anime! 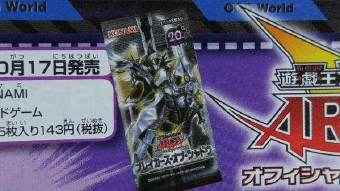 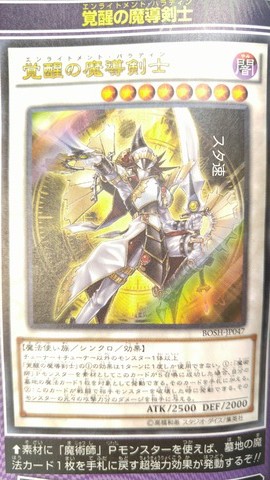 Enlightment Paladin / Enlightenment Paladin
Dark Spellcaster / Synchro / Effect
LV8 2500/2000
1 Tuner + 1 or more non-Tuner monsters
You can only use the (1) effect of “Enlightment Paladin” once per turn.
(1) If this card is Synchro Summoned by using a “Magician” Pendulum Monster(s) as Synchro Material: You can target 1 Spell Card in your Graveyard; add it to your hand.
(2) When this card destroys an opponent’s monster by battle and sends it to the Graveyard: Inflict damage to your opponent equal to its original ATK. 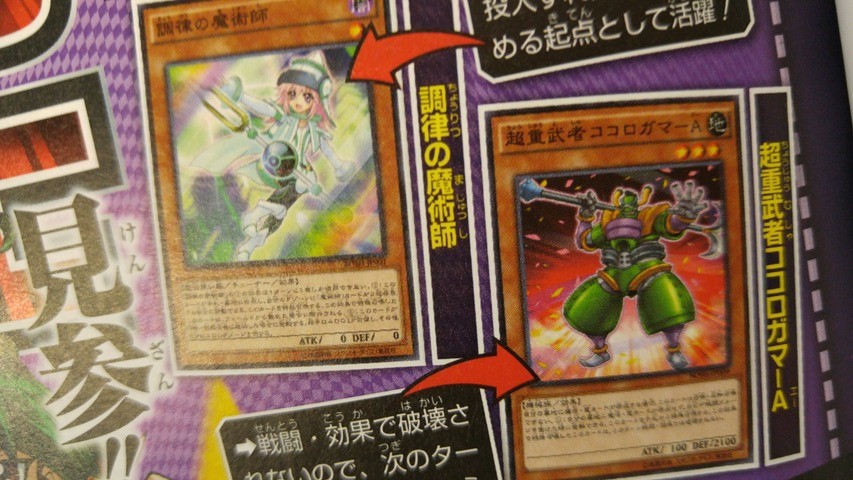 Choritsu no Majutsushi / Tuning Magician
Level 1 DARK Spellcaster-Type Tuner Effect Monster
ATK 0
DEF 0
You can only use the (1) effect of “Tuning Magician” once per turn.
(1) If this card is in your hand or Graveyard while there are 2 “Magician” cards in your Pendulum Zone: You can Special Summon this card, but banish it if it leaves the field.
(2) If this card is Normal or Special Summoned: Your opponent gains 400 LP, then you take 400 damage.

Choujuu Musha Kokorogama-A / Superheavy Samurai Kokorogamae
Level 3 EARTH Machine-Type Effect Monster
ATK 100
DEF 2100
You cannot Normal or Special Summon this card if there is a Spell/Trap Card in your Graveyard.
(1) When your take battle damage while there are no Spell/Trap Cards in your Graveyard: You can Special Summon this card from your hand. During the turn this card is Summoned by this effect, it cannot be destroyed by battle or card effect. 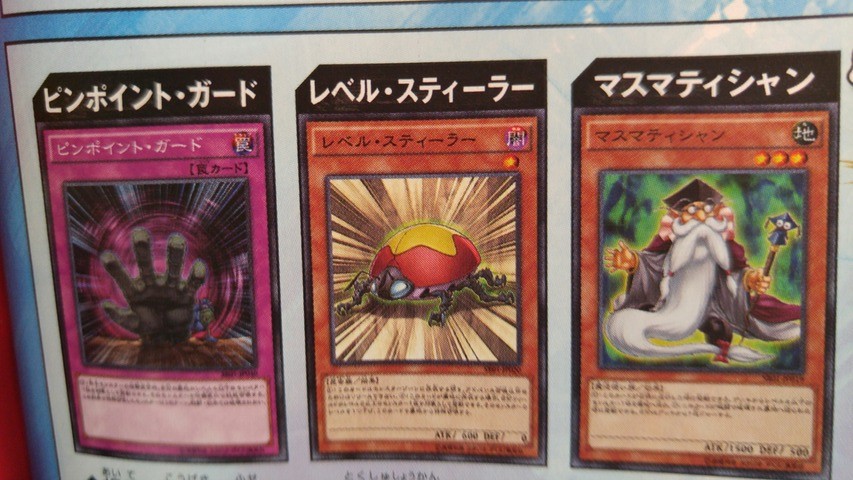 Pinpoint Guard and Level Eater are in the Monarch Structure Deck 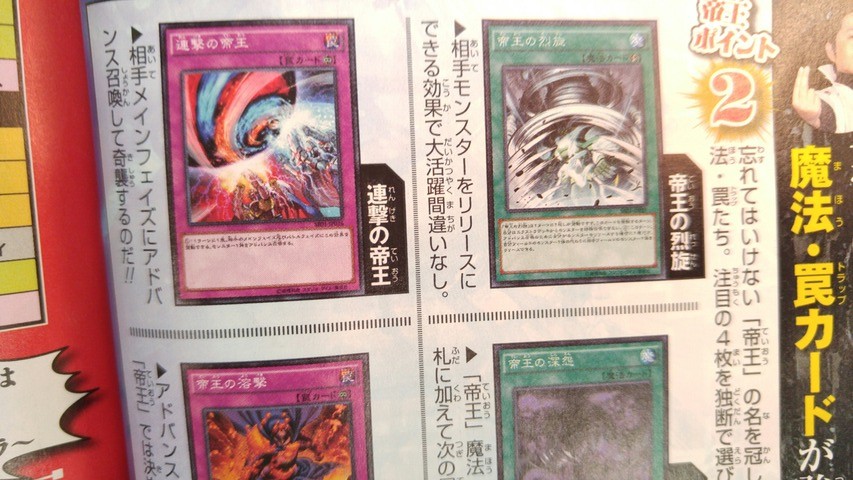 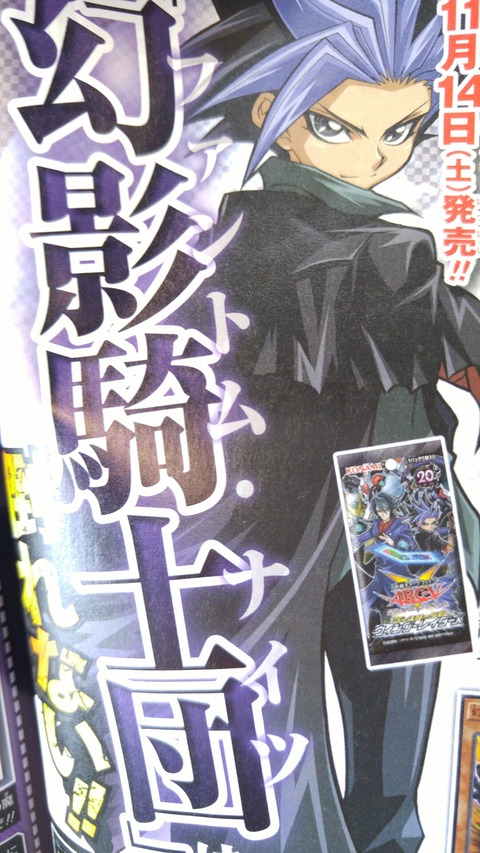 The cover characters for Wing Raiders are Yuto and Shun! 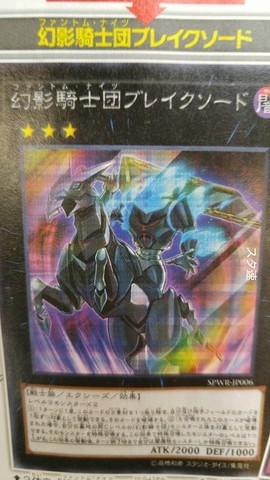 Phantom Knights Breaksword / The Phantom Knights of Breaksword
Rank 3 DARK Warrior-Type Xyz Effect Monster
ATK 2000
DEF 1000
Materials: 2 Level 3 monsters
(1) Once per turn: You can detach 1 Xyz Material from this card, then target 1 card on each side of the field; destroy them. (2) If this Xyz Summoned card is destroyed: You can target 2 “Phantom Knights” monsters with the same Level in your Graveyard; you cannot Special Summon monsters other than DARK Monsters for the rest of this turn, also Special Summon them, but they each gain 1 Level. 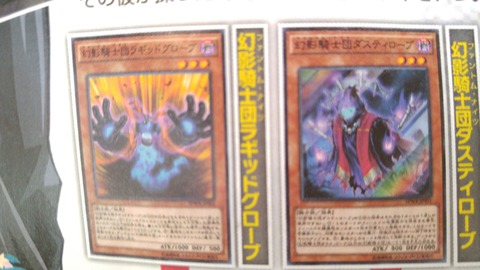 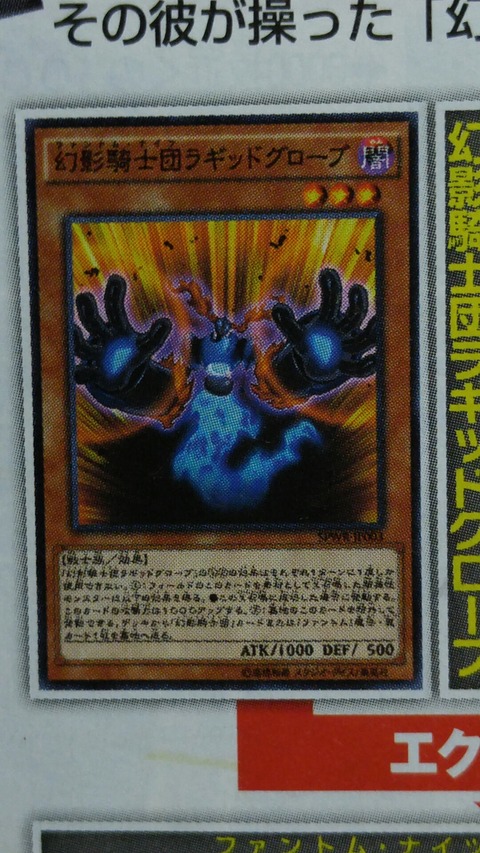 aren’t “Phantom” cards in the OCG. We might go with Fantom, check back with us later. 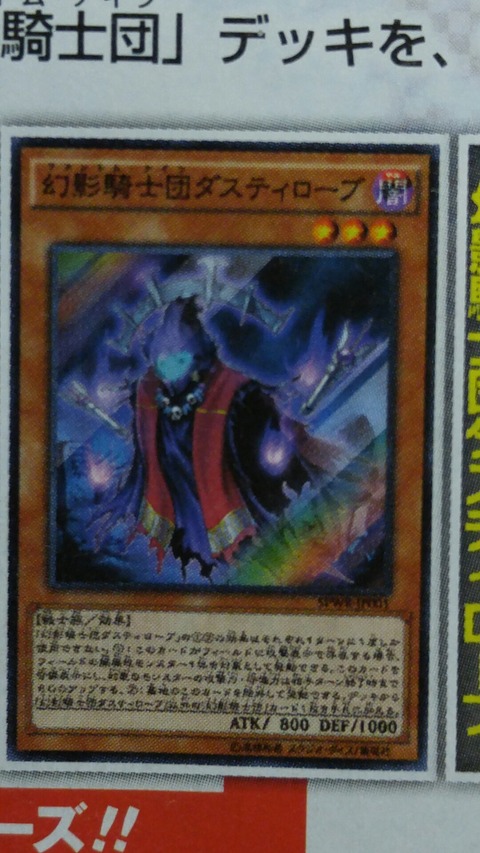 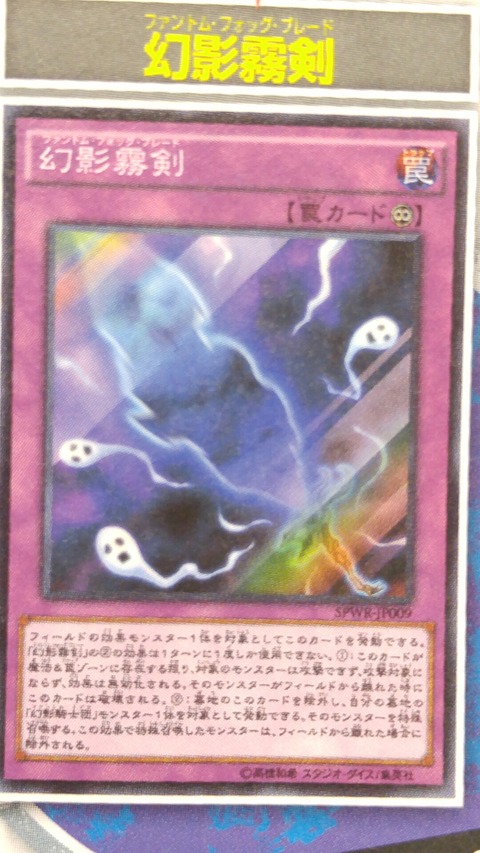 Phantom Fog Blade
Continuous Trap Card
Activate this card by targeting 1 Effect Monster on the field. You can only use the (2) effect of “Phantom Fog Blade” once per turn.
(1) That target cannot attack, cannot be attacked, and its effects are negated. When it leaves the field, destroy this card.
(2) You can banish this card from your Graveyard, then target 1 “Phantom Knights” monster in your Graveyard; Special Summon it, but banish it if it leaves the field. 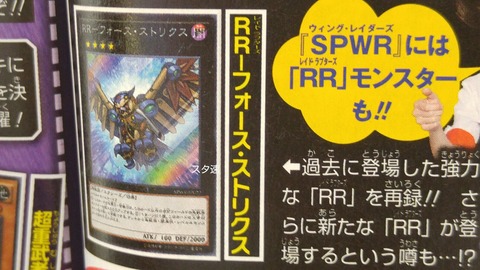