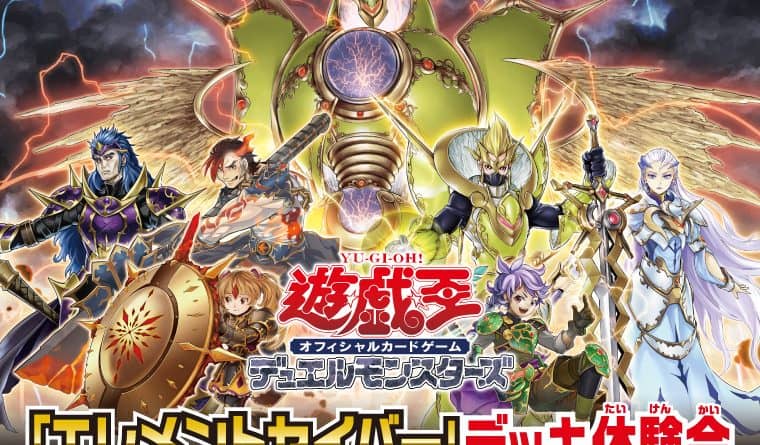 The Deck Experience Event returns for 2018, and it isn’t covering a World Legacy Theme, it looks. 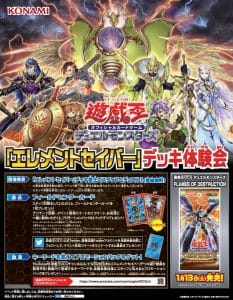 The same deal runs as per usual: Players attend at their local authorized store to play with and against an Element Saber Deck. Element Sabers are a new theme from Flames of Destruction designed to make use of the “Elemental Lord” series released back during the ZEXAL era of the game.

Duels will be a Best-of-1 format, no Matches.

The Event runs from the 6th to 12th of January throughout Japan.

By dueling against staff, you can get this Field Center Card: 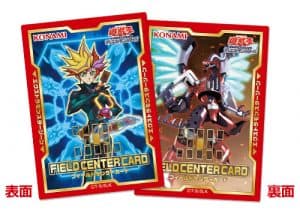 Players can get Promotion Packs at the event, and can increase the number of packs they get by having their store retweet announcements of the event, filling out questionnaires, answering the event’s Key Word Quiz and bringing along friends.