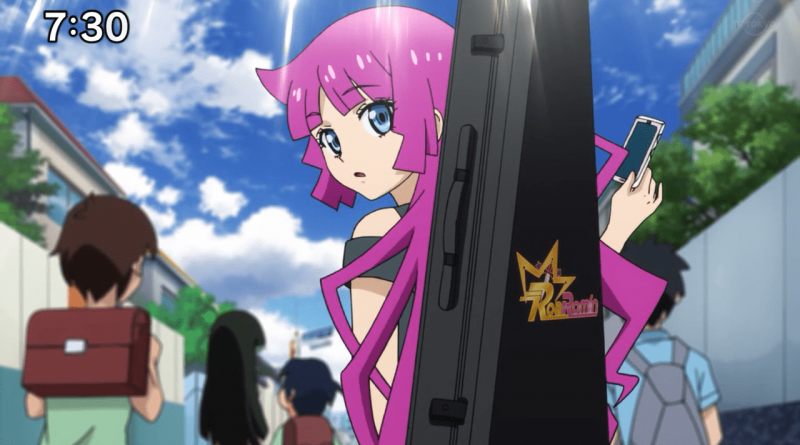 Regarding Romin being the ‘Watson’.

Romin, played by Ms. Kusunoki is a popular guitarist in the elementary school band RoaRomin, while also being great at school and sports. While she says “I’m not interested in Duels”, she often crosses paths with Yuga and his friends. Ms. Kusunoki has said she was very nervous when playing Romin.

“I was worried about “How do you play an elementary school student who comes off as mysterious?”. Since I have no prior experience playing the “Yu-Gi-Oh! Official Card Game”, I watched the series so far, trying to study the IP’s world building and internal rules. When it was decided I would be in the show, I was incredibly happy.”

Romin has a mysterious air to her that’s very strange for an Elementary School children.

“I thought about trying to play up being cute to match being an elementary school student, but in the actual recordings, I didn’t really worry too much about being ‘Elementary School’-y. Romin is a cool, clam and flat character. It’s like taking a step back. Even if the other characters dial-up the tension, Romin might be surprised, she might be interested, or maybe she won’t react. I’m very aware of this ‘vague’ air to her.”

“I also got to experience Dueling for the first imte, but the rules for Rush Duels are very easy to understand. Romin is a person who doesn’t really understand Dueling. She’s very “Is that amazing?” a lot of the time, and is generally in the position to ask a lot of these ‘little’ questions. I would be glad to help people who are getting into the world of “Yu-Gi-Oh!” for the first time!