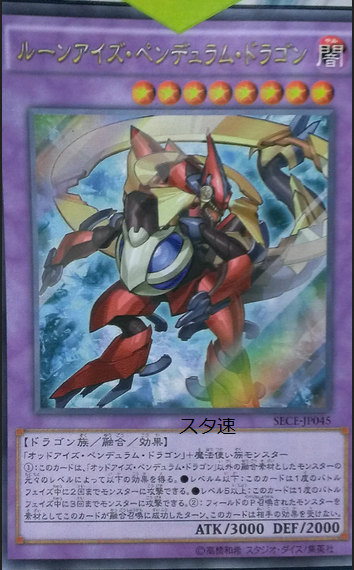 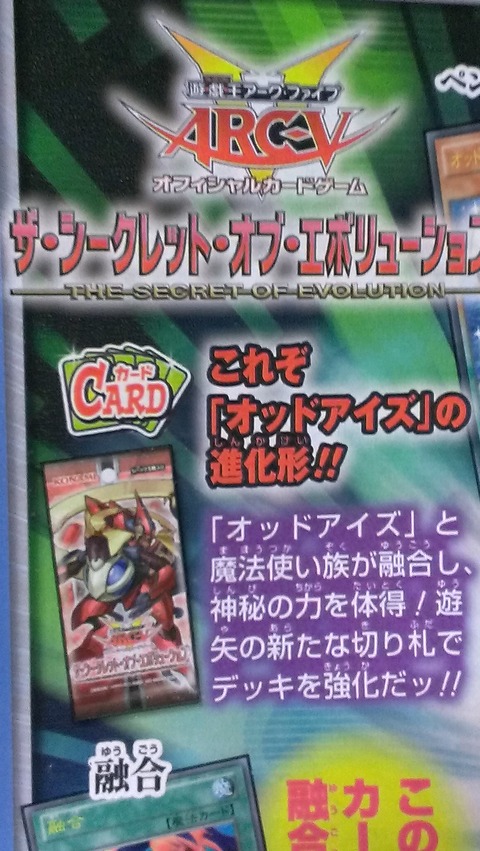 Rune-Eyes Pendulum Dragon is the cover card for “The Secret Of Evolution”. 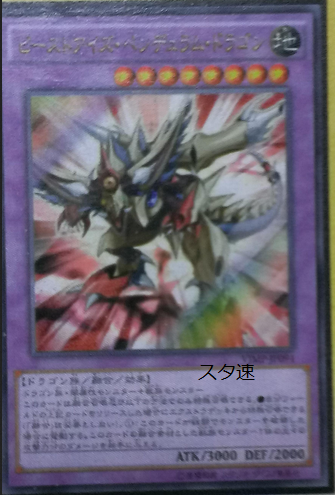 Beast-Eyes Pendulum Dragon
Level 8 EARTH Dragon-Type Fusion Effect Monster
ATK 3000
DEF 2000
1 DARK Dragon-Type monster + 1 Beast-Type monster
This card can only be Special Summoned by Fusion Summoned or the following method, and cannot be Special Summoned by other ways.
● You can Special Summon this card (from your Extra Deck) by Tributing the above cards you control (You do not use “Polymerization”).
(1) If this card destroys an opponent’s monster by battle: Inflict damage to your opponent equal to this card’s Beast-Type Fusion Material’s original ATK.