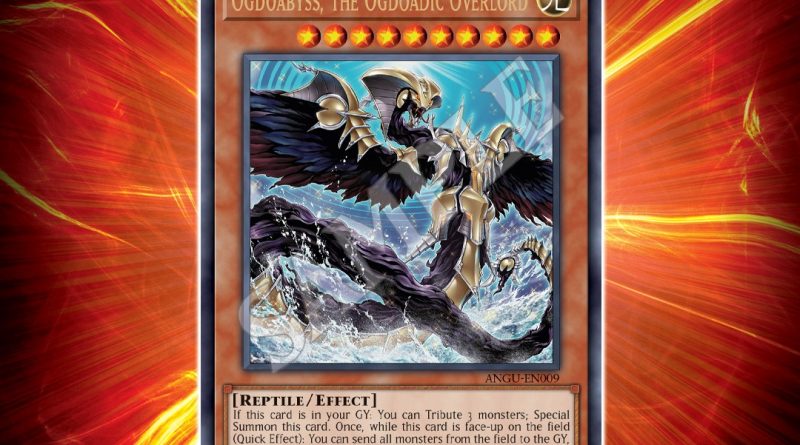 TCG Names and Texts for each Deck’s ace monster! 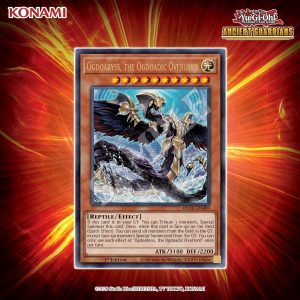 ANGU-EN009 Ogdoabyss, the Ogdoadic Overlord
Level 10 LIGHT Reptile Effect Monster
ATK 3100
DEF 2200
If this card is in your GY: You can Tribute 3 monsters; Special Summon this card. Once, while this card is face-up on the field (Quick Effect): You can send all monsters from the field to the GY, except face-up monsters Special Summoned from the GY. You can only use each effect of “Ogdoabyss, the Ogdoadic Overlord” once per turn. 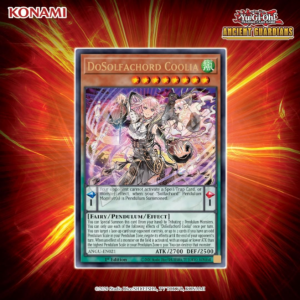 ANGU-EN021 DoSolfachord Coolia
Level 8 WIND Fairy Pendulum Effect Monster
ATK 2700
DEF 2500
Pendulum Scale: 1
Pendulum Effect:
Your opponent cannot activate a Spell/Trap Card, or monster effect, when your “Solfachord” Pendulum Monster(s) is Pendulum Summoned.
Monster Effect:
You can Special Summon this card (from your hand) by Tributing 2 Pendulum Monsters. You can only use each of the following effects of “DoSolfachord Coolia” once per turn. You can target 1 face-up card your opponent controls, or up to 2 cards if you have an odd Pendulum Scale in your Pendulum Zone; negate its effects unitl the end of your opponent’s turn. When an effect of a monster on the field is activated with an equal or lower ATK than the highest Pendulum Scale in your Pendulum Zone x 300: You can destroy that monster. 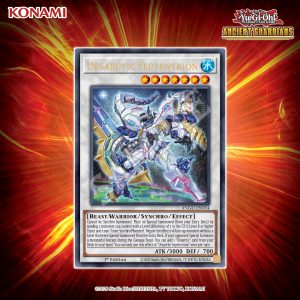 ANGU-EN034 Ursarctic Septentrion
Level 7 WATER Beast-Warrior Synchro Effect Monster
ATK 3000
DEF 700
Cannot be Synchro Summoned. Must be Special Summoned (from your Extra Deck) by sending 2 monsters you control with a Level difference of 7 to the GY (1 Level 8 or higher Tuner and 1 non-Tuner Synchro Monster). Negate the effects of face-up monsters without a Level that were Special Summoned from the Extra Deck. If your opponent Special Summons a monster(s) (except the Damage Step): You can add 1 “Ursarctic” card from your Deck to your hand. You can only use this effect of “Ursarctic Septentrion” once per turn.