These guys were announced back in March or so and don’t come out until the next issue of V Jump in mid September. 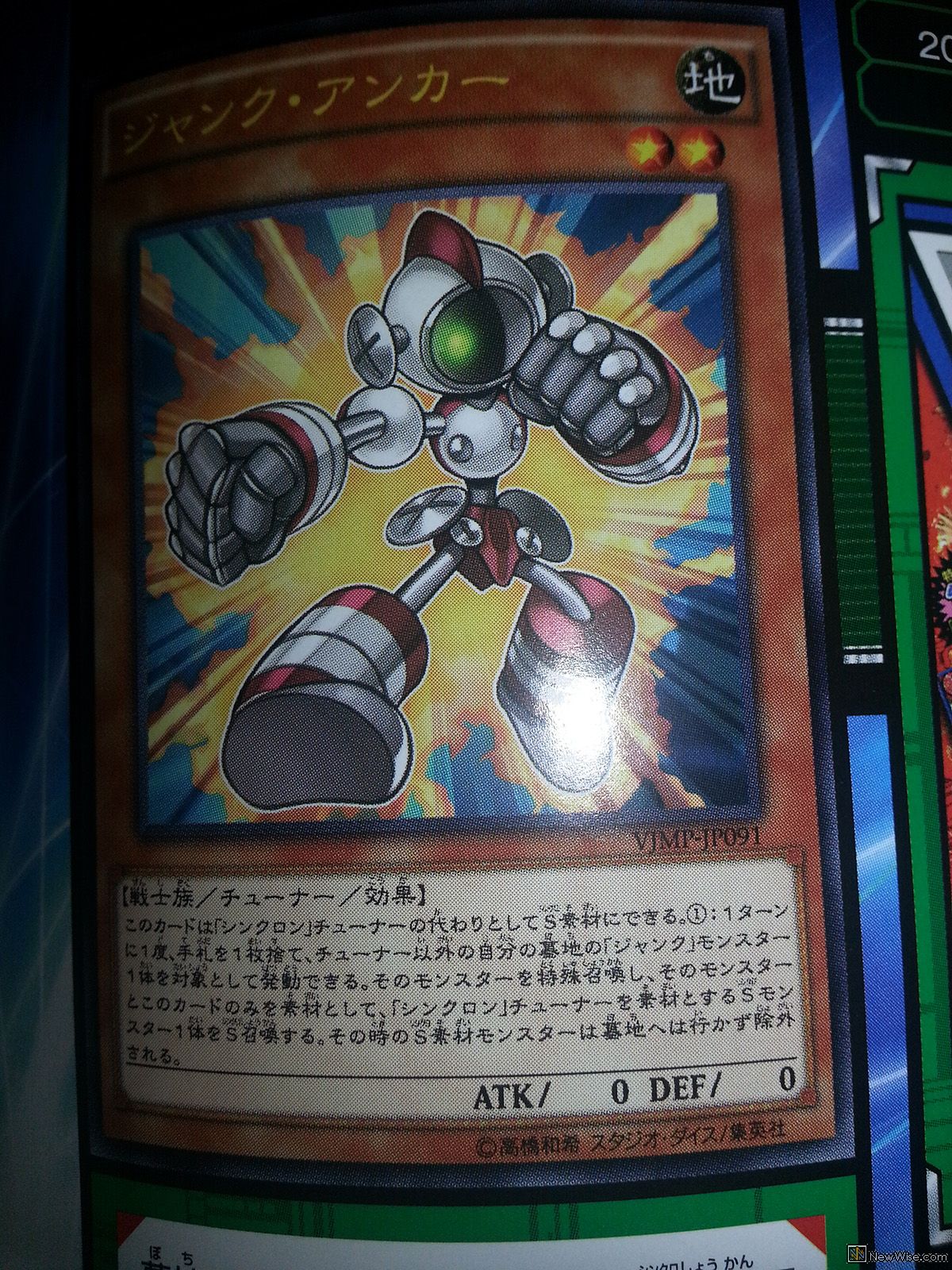 Junk Anchor
Level 2 EARTH Warrior-Type Effect Tuner Monster
ATK 0
DEF 0
For a Synchro Summon, you can substitute this card for any 1 “Synchron” Tuner monster. Once per turn: You can discard 1 card, then target 1 “Junk” non-Tuner monster in your Graveyard; Special Summon it. Immediately after this effect resolves, Synchro Summon 1 monster that lists a “Synchron” monster as a Tuner by using this card and that target only. Synchro Material Monsters used for this Synchro Summon are banished. 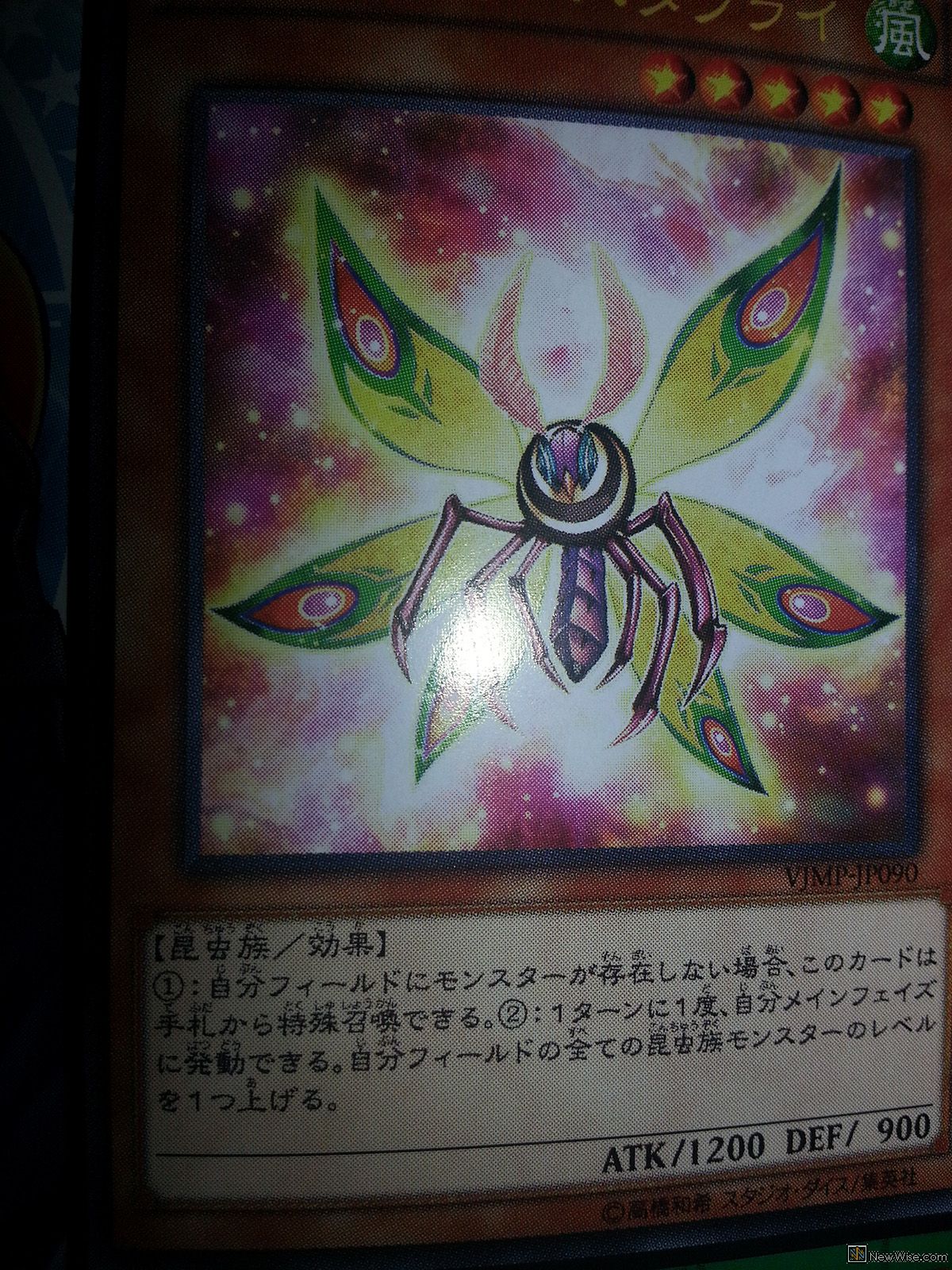 Primitive Butterfly
Level 5 WIND Insect-Type Effect Monster
ATK 1200
DEF 900
If you control no monsters, you can Special Summon this card (from your hand). Once per turn: You can increase the Levels of all Insect-Type monsters you currently control by 1.