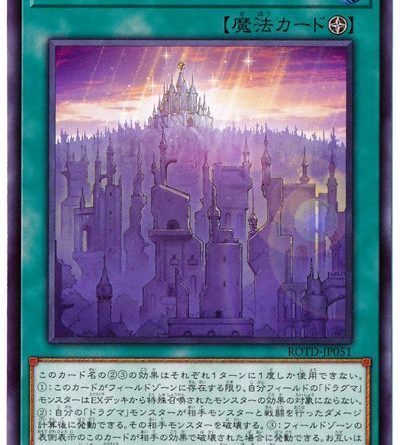 But nothin’ about Albus. 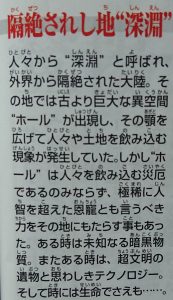 The Isolated, Faraway Land: “The Abyss”

There are many who call it “The Abyss”, it is a continent isolated from the rest of the world. In the land of “The Abyss”, a huge different dimension called “The Hole” appeared in times long lost from the traces of memory, which is well known to open its ‘jaws’ and swallow both people and regions whole. However, “The Hole” is not just a disaster that swallows men, but in rare, almost miraculous, cases, it brings forth power that could be called “Grace Beyond Human Understanding” to the world. One time, it was an unknown form of dark matter. Another, it brought forth what appeared to be a relic from a long lost civilization. And yet another, even a life form… … 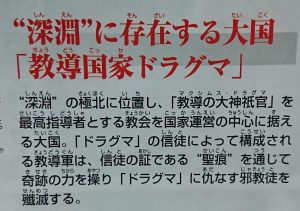 The Political Superpower Of The Abyss: The “Dogmatic Nation Dragma”

Located in the far north of “The Abyss” is a political superpower, that has the church as the central political authority, lead by “Maximus Dragma” as the supreme leader and highest authority. Their army of crusaders, made up of followers of the “Dragma” faith, eradicate heathens and heretics, by devoutly following the path of “Dragma”, by which they perform miracles via “Stigmata”, the mark of their faith. 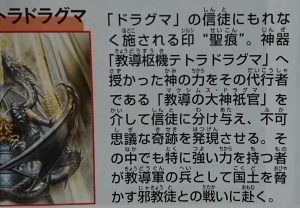 Tetradragmaton the Heart of Dogma

“Stigmata” is a mark given to all members of the “Dragma” faith. The followers and agents of the faith receive this power of the divine through the holy relic “Tetradragmaton the Heart of Dogma”, administered by “Maximus Dragma”, and this power is capable of creating mysterious miracles. Among them are those who are particularly powerful, who fight heretics that threaten the stability of the nation as soldiers of its crusading army. 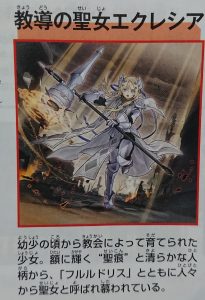 A maiden raised by the Church since childhood. With the “Stigmata” shining brightly on her forehead, and her pure personality, people call her a “Saint” along with “Fleur De Lis” 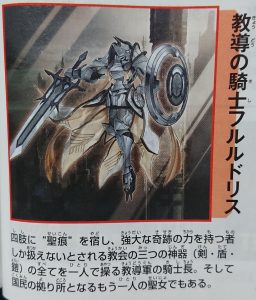 The Knight Commander of the crusaders, who, thanks to the “Stigmata” on all four of her limbs, wields the three holy relics of the church, the Sword, the Shield, and the Armor, that can only be wielded by those with truly incredible power of miracles. She is the other saint who serves as the moral authority of the nation’s people.