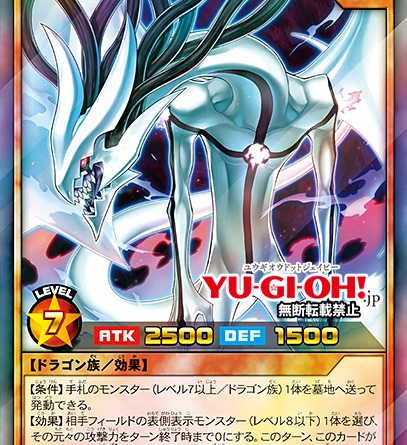 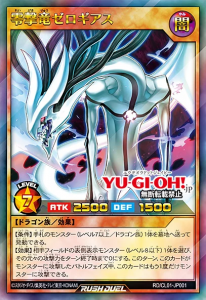 RD/CL01-JP001 零撃竜ゼロギアス Reigekiryuu Zerogias (Zerogias the Nullstriking Dragon)
Level 7 DARK Dragon-Type Effect Monster
ATK 2500
DEF 1500
[Requirement] You can activate by sending 1 monster (Level 7 or higher/Dragon-Type) from your hand to the Graveyard.
[Effect] Choose 1 face-up monster (Level 8 or lower) your opponent controls, its original ATK becomes 0 until the end of the turn. For the remainder of this turn, during a Battle Phase in which this card attacked a monster, this card can make a second attack on a monster.