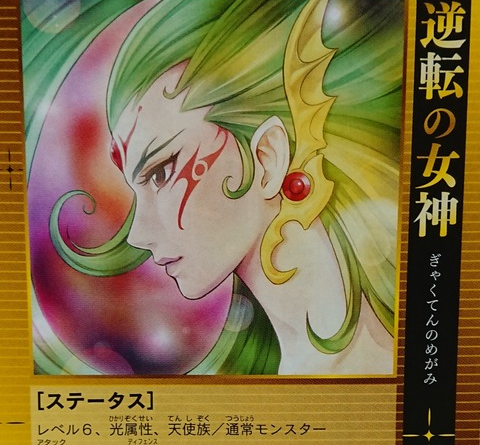 Normal and Jumbo Edition in the Gold Rush pack. 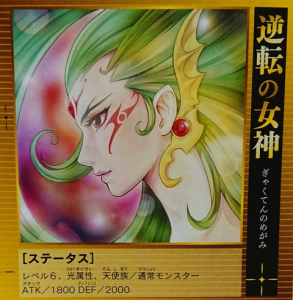 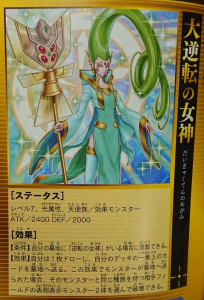 Dai Gyakuten no Megami (Lit: Goddess of Huge Reversal/Localization: Daigyakutenno Megami)
Level 7 LIGHT Fairy-Type Effect Monster
ATK 2400
DEF 2000
[Requirement] If “Gyakutenno Megami” is in your Graveyard, you can activate this.
[Effect] Draw 1 card, then send the top card of your Deck to the Graveyard. If a monster was sent to the GY by this effect, you can choose and destroy 2 face-up monsters your opponent controls with the same type as that monster.