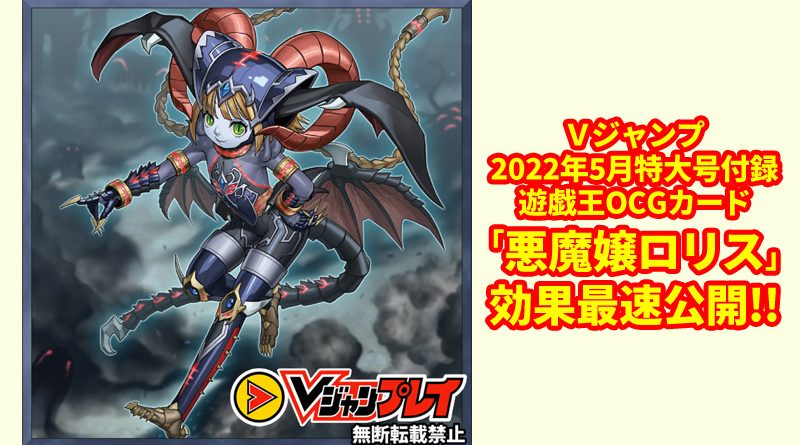 A new Lady of Lament who helps reset and reload your Traps! 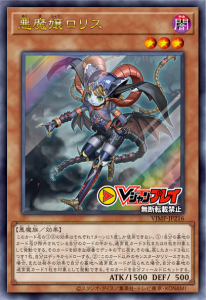 VJMP-JP126 悪魔嬢ロリス Akumajyou Loris (Loris, Lady of Lament)
Level 3 DARK Fiend Effect Monster
Level 1500
DEF 500
You can only use the 1st and 2nd effect of this card’s name each once per turn.
(1) You can target 3 or 6 of your Normal Traps that are banished and/or in your GY; place them on the bottom of the Deck in any order, then draw 1 card for every 3 cards placed.
(2) If another monster(s) is Tributed, OR a Normal Trap(s) in your possession is sent to your GY by an opponent’s card effect: You can target 1 Normal Trap in your GY; Set it on your field.

Note: Loris might be from the Dutch word “Loeris”, meaning clown, which is the name of a genus of Lemur relatives from India/Sri Lanka. However I suspect the name here might be Lolith or Lolice, as in Lolita. Lolita is a diminutive for the name Dolores, which means ‘suffering’ in Spanish. The reason this might be more likely is Lolita seems to have permeated the Japanese lexicon as another innocuous way of saying “young girl/woman” due to Vladimir Nabokov’s novel “Lolita”, especially for the fashion style of “Gothic Lolita”. That and this card’s name has the same phonetic pattern in Japanese as Lilith, Alice, and Malice with the last two Katakana: リス (risu) which can be read as ‘ris’, ‘lith’, or ‘lice’.