Behold the power of Quantum Cat!
Edit:
Evigishki Merrowgeist is in and confirmed effect for Ghosts from the Past 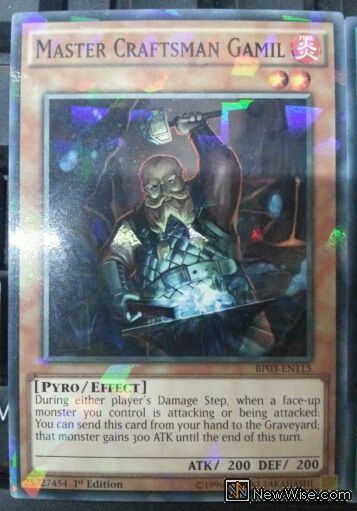 Master Craftsman Gamil
Level 2 FIRE Pyro-Type Effect Monster
ATK 200
DEF 200
During either player’s Damage Step, when a face-up monster you control is attacking or being attacked: You can send this card from your hand to the Graveyard; that monster gains 300 ATK until the end of this turn. 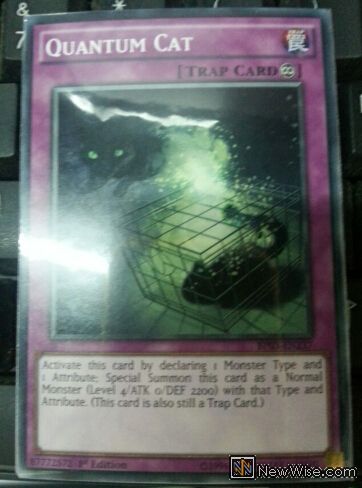 Quantum Cat
Continuous Trap Card
Activate this card by declaring 1 Monster Type and 1 Attribute; Special Summon this card as a Normal Monster (Level 4/ATK 0/DEF 2200) with that Type and Attribute. (This card is also still a Trap Card.) 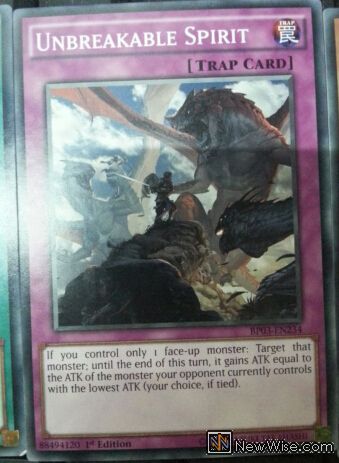 Unbreakable Spirit
Normal Trap Card
If you control only 1 face-up monster; until the end of this turn, it gains ATK equal to the ATK of the monster your opponent currently controls with the lowest ATK (your choice, if tied). 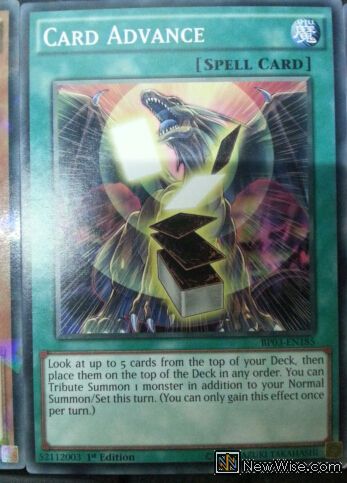 Card Advance
Normal Spell Card
Look at up to 5 cards from the top of your Deck, then place them on the top of the Deck in any order. You can Tribute Summon 1 monster in addition to your Normal Summon/Set this turn. (You can only gain this effect once per turn.) 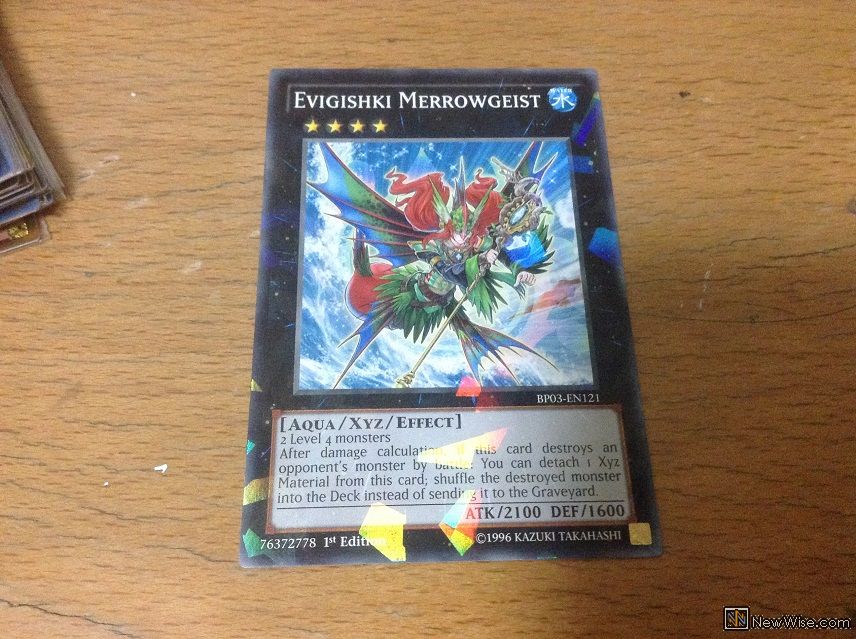 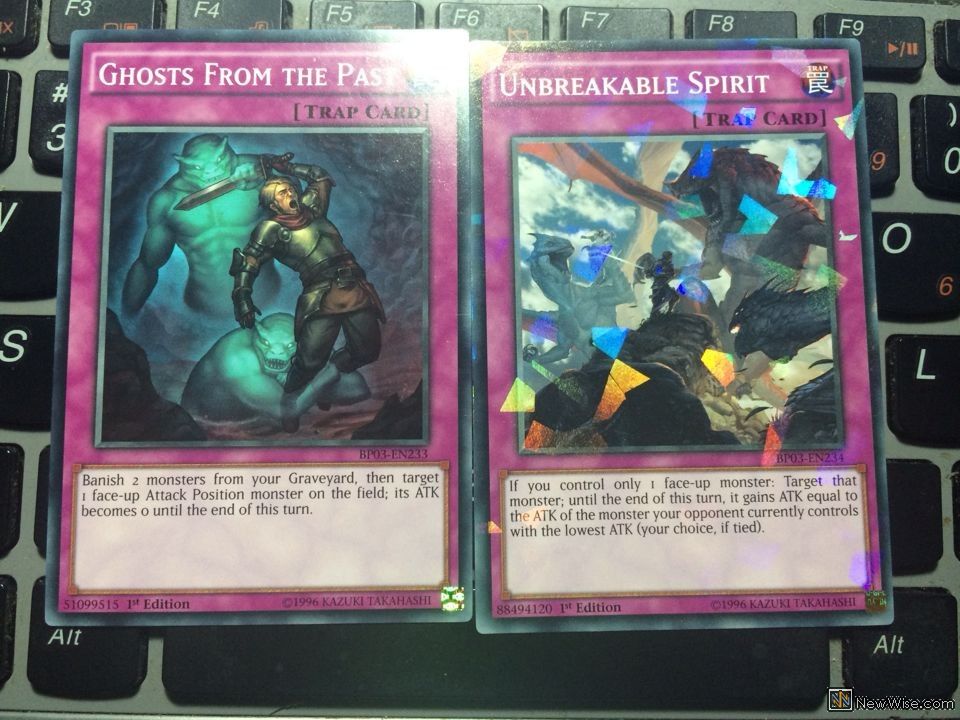 BP03-ENEN233
Ghosts from the Past
Normal Trap Card
Banish 2 monsters from your Graveyard, then target 1 face-up Attack Position monster on the field, its ATK becomes 0 until the end of the this turn.