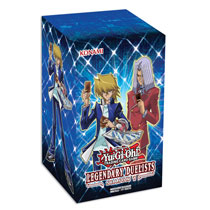 Each box will also have 2 x 18-card Legendary Duelists: Season 1 booster packs, each with 3 Ultra Rares and 15 commons. The Ultra Rares will come in two types: