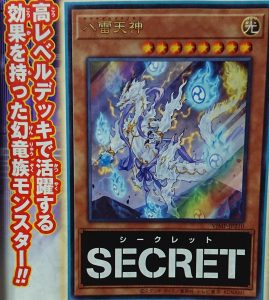 “A Wyrm monster that has effects that can be used in Decks with high Level monsters!!” 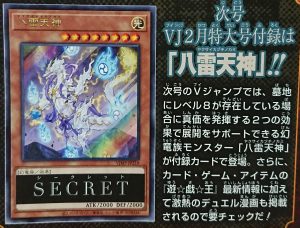 It is described as having two effects that are usable while there is a Level 8 monster in the GY.
(Also some shilling for the magazine where it is included).

Note: This monster seems to be based on the Yakusanoikazuchi, a collective name for 8 deities in Japanese mythology. 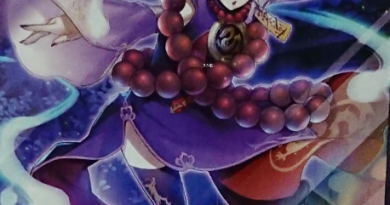 [VJMP] The next V-JUMP Promo 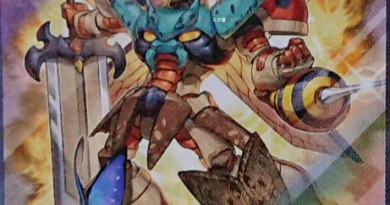 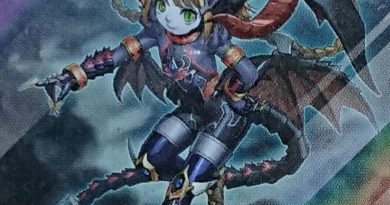 [V-JMP] The next V-JUMP promo