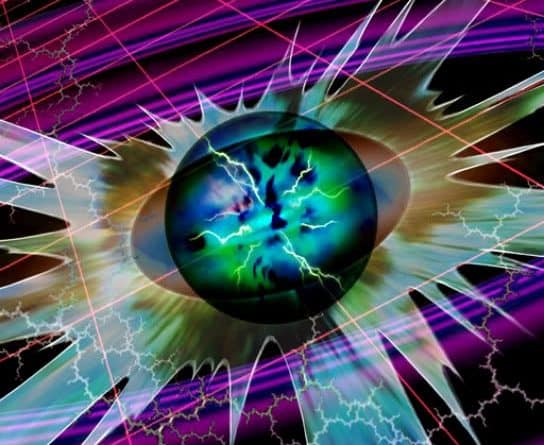 Well I think this is a first. There’s rule text noting a card is a member of an group its name isn’t mentioned in, but the inverse…?

With the release of Fusion Enforcers, and the existence of Predaplant Chimerafflesia, who has the following text:

Once per turn: You can target 1 monster on the field with a Level less than or equal to this card’s; banish it. When an attack is declared involving this card and an opponent’s face-up monster: You can activate this effect; until the end of this turn, that opponent’s monster loses 1000 ATK, and if it does, this card gains 1000 ATK. Once per turn, during the next Standby Phase after this card was sent to the Graveyard: You can add 1 “Polymerization” Spell Card or “Fusion” Spell Card from your Deck to your hand.

(This card is not treated as a “Fusion” card.)
Pay 1000 LP, then target 1 Level 7 or higher Spellcaster-Type monster you control; this turn, only that monster can attack, and it must attack all monsters your opponent controls, once each. The effects of Effect Monsters destroyed by these attacks do not activate and are negated.

As noted at the top of the article, I believe “This card is not treated as a “Fusion” card” is a first, text wise.

For those curious what the issue is here, Diffusion Wave-Motion is an accurate literal translation of the card’s name from 拡散する波動 (Kakusan-suru Hadou), but it is not a member of the Fusion/Polymerization group of cards (フュージョン Fyuujyon and 融合 Yuugou), but because of its name up until now, it’s always had to be excluded in exception text from searchers of such cards.

The more you know, and knowing is half the battle.