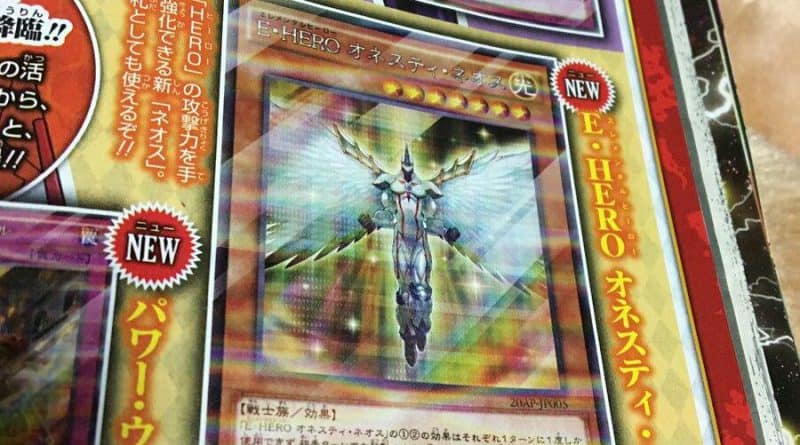 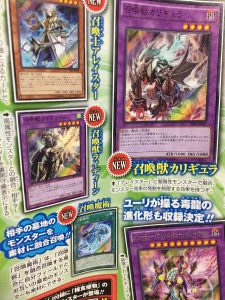 Lack of other information is because the cards in this issue were revealed by the Poster previously. 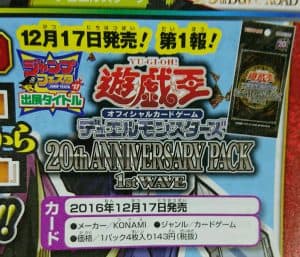 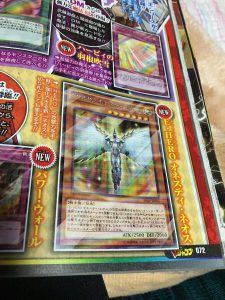 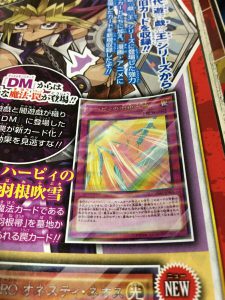 Harpie no Hanefubuki / Harpie Feather Storm
Normal Trap Card
If you control a “Harpie” monster, you can activate this card from your hand.
(1) If you control a WIND Winged Beast-Type monster: Negate all of your opponent’s activated monster effects until the end of this turn.
(2) If this card in the Spell & Trap Zone is destroyed by an opponent’s card effect: You can add 1 “Harpie’s Feather Duster” from your Deck or Graveyard to your hand 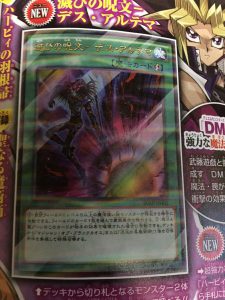 Hirobi no Jumon – Death Ultima (Dub Attack Name: Chaos Scepter Blast)
Quick-Play Spell Card
(1) Activate if you control a Level 8 or higher Spellcaster-Type monster: banish 1 card on the field face-down.
(2) If this card in your Spell & Trap Zone is destroyed by your opponent’s effect: you can Special Summon 1 “Magician of Black Chaos” or “Dark Magician of Chaos” from your Deck ignoring their summoning conditions. 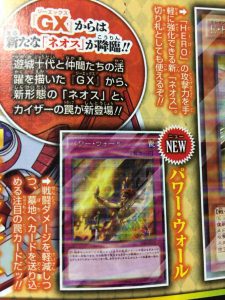 Power Wall
Normal Trap Card
(1) During damage calculation, when you would take battle damage from an opponent’s attacking monster: Send 1 card from the top of your Deck to the Graveyard for each 500 damage you would take so that the damage you take becomes 0. 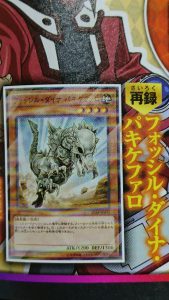 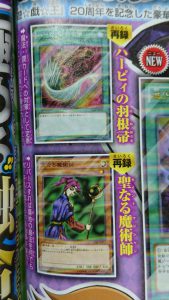