A major update is coming, likely meant to be the 2.0 Update of Duel Links. 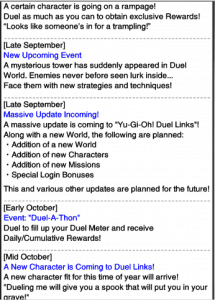 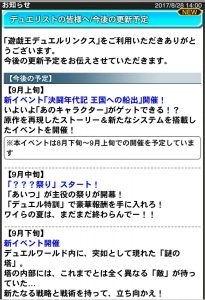 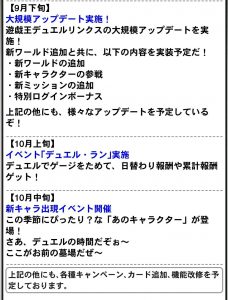 For those not looking at the pictures, let’s go over the overview of what’s going on:

Wai itself is a kinda out of date way of saying I in Kansai-ben, the way of speaking in Osaka/Kyoto-ish areas. Long story short, the one major character notorious for speaking like this in the original Duel Monsters comic/anime is the Japanese version of Rex Raptor. Not a hard confirmation, but it seems more likely than not that Rex Raptor is the focus of this event.

Again, not confirmation, but the accompanying Japanese Dialogue seems to heavily reference the Japanese version of the Zombie Duelist Bonz: Ghost Kotsuzuka.