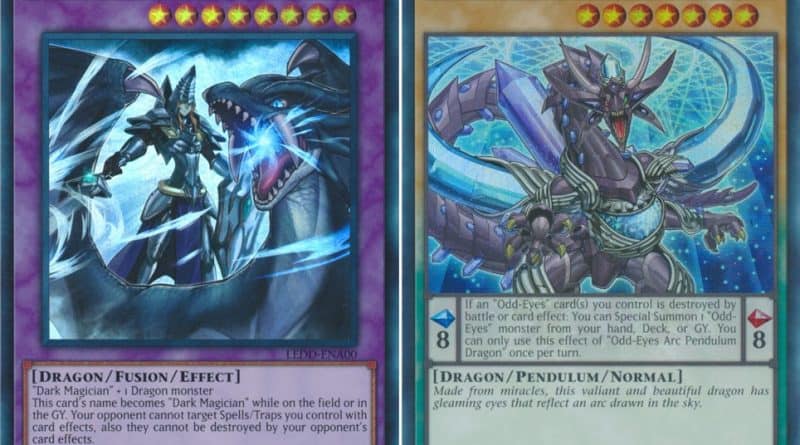 A YuGiOrg Special Feature on a new fun way to play with some Yu-Gi-Oh! card favorites!

Organization #17: Joenen here to talk about some of the latest new card combos made possible thanks to the new Legendary Dragon Deck box (now available at your local card shop). Let’s get right into it and talk about the new cards added to the mix.

Dark Magician the Dragon Knight is a welcome addition to the Dark Magician theme, providing some sorely needed Spell/Trap protection for Eternal Soul and Dark Magical Circle. Since he claims the name “Dark Magician” on the field (and in the graveyard), you’ll have a near unbreakable combination. However, the main challenge for any Dark Magician deck, would be properly fusion summoning him.

Enter the Odd-Eyes theme. Although it received some solid support in the form of “Magician” Pendulum cards, the “Magician” Pendulum theme went on to be the star of its own show, leaving Odd-Eyes behind. That’s where Odd-Eyes Arc Pendulum Dragon comes along and breathes new life into the deck concept. Arc Pendulum largely draws upon the strength of previously released Odd-Eyes support, like Sky Iris and Performapal Odd-Eyes Dissolver to unleash Odd-Eyes Vortex Dragon upon the opponent. The trick however, is that Vortex Dragon alone is often not enough to stop the opponent, so some extra pressure is needed to seal the deal.

That’s where these themes come together! 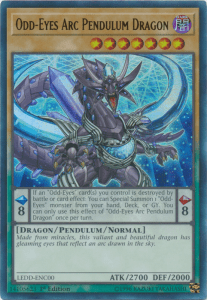 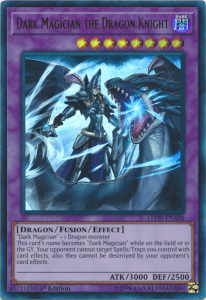 The goal here is to fuse the best of these worlds by Fusion Summoning either Odd-Eyes Vortex Dragon and/or Dark Magician the Dragon Knight while taking out opponent’s threats with the Dark Magical Circle and Eternal Soul combo.  Sky Iris puts all the Odd-Eyes cards at your fingertips, and is easily supported by Terraforming and Set Rotation. Sky Iris opens up a lot of plays, which doesn’t stop at just giving you access to fusion cards. You can use it to destroy either Odd-Eyes Vortex Dragon or Dark Magician the Dragon Knight to search an Odd-Eyes card, and then revive them with Arc Pendulum / Eternal Soul.  Not only does this move them out of the Extra Monster Zone, you also trigger Vortex Dragon / Dark Magical Circle to remove an opponent’s card from the field. The searches, banishes, and revivals cycle viciously as you whittle away at your opponent’s resources all while holding the ability to Pendulum Summon high level monsters back into play if ever something should go wrong (or right!).  Make sure you prioritize getting access to Odd-Eyes Dissolver, since the card has way more utility than Odd-Eyes Fusion (just don’t forget about Odd-Eyes Fusion’s ability to use Odd-Eyes monsters in the Extra Deck as fusion material).

The key is visualizing where your hands will take you before you commit to certain searches.  Remember, it’s not very meaningful to have the Dragon Knight out if he has nothing to protect, so Dark Magical Circle and Eternal Soul are generally at the top of your priority list of cards to search with Magician’s Rod and Dark Magic Inheritance. That’s why Summoner’s Art can be solid back-up support for when you need to search Dark Magician himself (or Arc Pendulum, since that too is a high-Level normal monster). Spiral Flame Strike is a versatile tool in the same regard since it can either search your Arc Pendulum or destroy an opponent’s card.

Finally, don’t forget that Arc Pendulum + Odd-Eyes Dissolver sets your scales so that your Pendulum Summons and Eternal Soul revivals can lead into some other Extra Deck plays too. The Extra Deck here has a few options that can help change things up depending on the situation, usually to get in extra damage in ways that catch the opponent off guard. Link Spider can be a useful little bug as well, since it can put your Dark Magician into the graveyard (to extend your Soul + Circle combo in cases where you’ve only 1 Dark Magician at the time).  With the New Master Rule in effect, its not as easy to access the Extra Deck whenever we feel like it, but thanks to Sky Iris and our revival cards, we can play around that rule quite a bit.  We can even squeeze in the new Chimeratech Megafleet Dragon to make use of all 3 new Legendary Dragon deck cards, if we were to side in Toon Table of Contents and Toon Cyber Dragon.