From the XTREME SD and SECE. 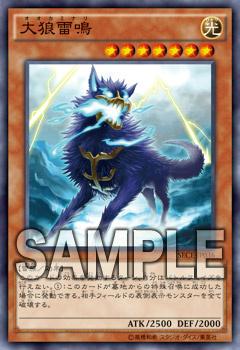 Ookaminari
Light Thunder / Effect
LV7 2500/2000
You cannot enter your Battle Phase during the turn you activate this card’s effect. (1) If this card is Special Summoned from the Graveyard: You can destroy all face-up monsters your opponent controls. 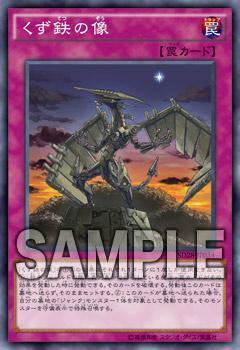 Kuzutetsu no Zou / Scrap-Iron Statue
Trap Normal
You can only use each effect of “Scrap-Iron Statue” once per turn. (1) When a Spell/Trap Card that is already face-up on your opponent’s side of the field activates its effect: Destroy that card, also after that, Set this card face-down instead of sending it to the Graveyard. (2) If this card is sent to the Graveyard: You can target 1 “Junk” monster in your Graveyard; Special Summon it in face-up Defense Position.