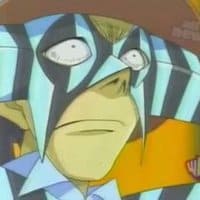 Where a new character can be obtained. 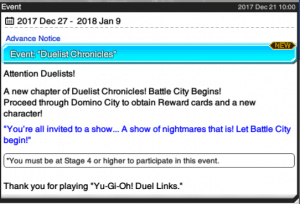 Duelist Chronicles (previously used for the Yugi event based on Duelist Kingdom) returns in the form of “Battle City Begins!”. you must go through Domino City to obtain rewards and a new character.

As stated before, based on the dialogue wording, it looks very likely that the character in question to be obtained will be Arkana, the self proclaimed master of Magician.