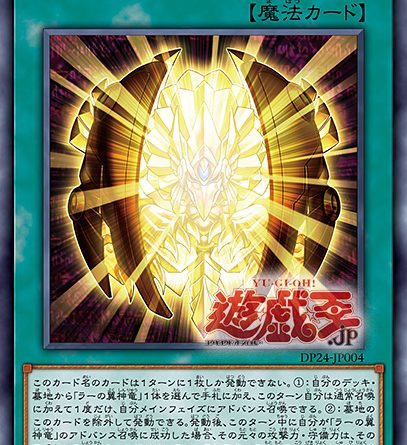 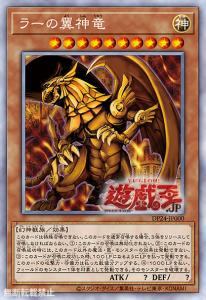 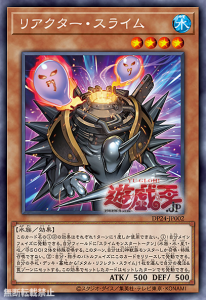 DP24-JP002 Reactor Slime
Level 4 WATER Aqua Effect Monster
ATK 500
DEF 500
You can use each effect among the (1)st and (2)nd effects with this card’s name only once per turn.
(1) During your Main Phase: You can Special Summon 2 “Slime Tokens” (Aqua/WATER/Level 1/ATK 500/DEF 500), also you cannot Normal Summon or Special Summon monsters for the rest of the turn, except Divine-Beast monsters.
(2) During either player’s Battle Phase (Quick Effect): You can Tribute this card; Set 1 “Metal Reflect Slime” from your hand, Deck, or GY in your Spell & Trap Zone, also, it can be activated this turn. 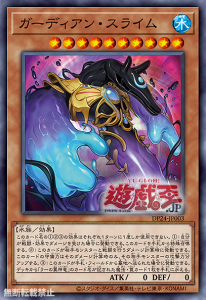 DP24-JP003 Guardian Slime
Level 10 WATER Aqua Effect Monster
ATK 0
DEF 0
You can use each effect among the (1)st, (2)nd, and (3)rd effects with this card’s name only once per turn.
(1) If you take battle damage or effect damage: You can Special Summon this card from your hand.
(2) If this card battles an opponent’s monster, during damage calculation: You can activate this effect; during this damage calculation only, this card gains DEF equal to that opponent’s monster’s ATK.
(3) If this card is sent from the hand or field to the GY: You can add 1 Spell or Trap that specifically lists “The Winged Dragon of Ra” in its text from your Deck to your hand. 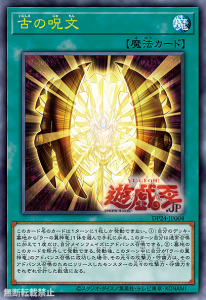 DP24-JP004 Inishie no Jumon (Ancient Chant)
Normal Spell Card
You can only activate one card with this card’s name per turn.
(1) Add 1 “The Winged Dragon of Ra” from your Deck or GY to your hand, and if you do, you can Tribute Summon 1 monster during your Main Phase this turn, in addition to your Normal Summon/Set (You can only gain this effect once per turn).
(2) You can banish this card from your GY; for the rest of this turn, any “The Winged Dragon of Ra(s)” you Tribute Summon has its original ATK and DEF each become equal to the total original ATK and DEF of the monsters Tributed for that Summon. 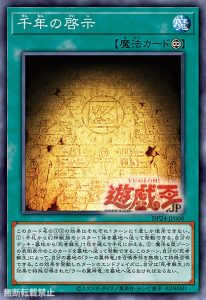 DP24-JP006 Sennen no Keiji (Millennium Revelation)
Continuous Spell Card
You can use each effect among the (1)st and (2)nd effects with this card’s name only once per turn.
(1) You can send 1 Divine Beast monster from your hand to the GY; Add 1 “Monster Reborn” from your Deck or GY to your hand.
(2) You can send this face-up card from your Spell & Trap Zone to the GY; for the rest of the turn, you can Special Summon “The Winged Dragon of Ra(s)” from your GY with your “Monster Reborn” effect, ignoring the Summoning conditions, but during this turn’s End Phase, you must send to the GY all “The Winged Dragon of Ra(s)” that you have Special Summoned by the effect of “Monster Reborn”. 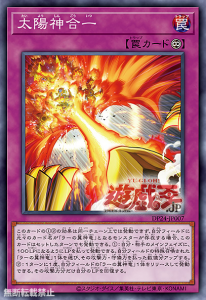 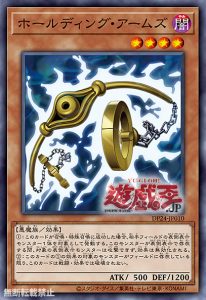 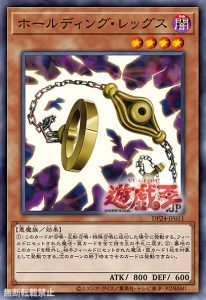 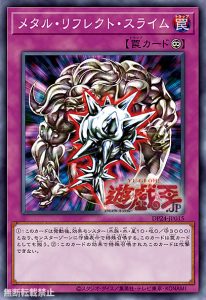