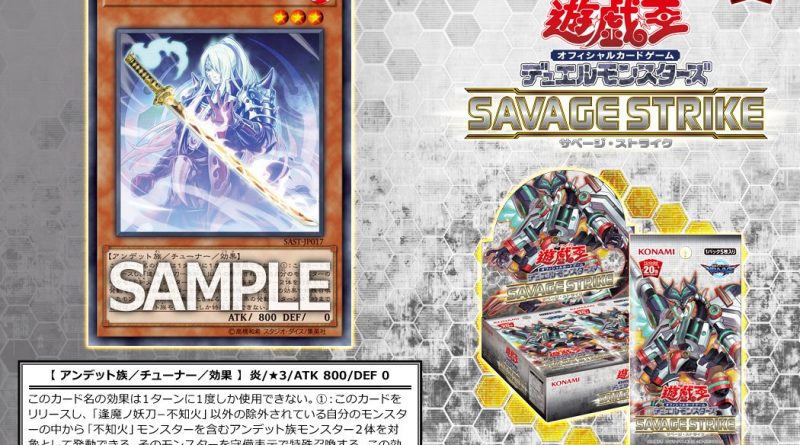 A new Level 3 Tuner for Shiranui appears, allowing you summon both Shiranui light and Mayakashi dark. 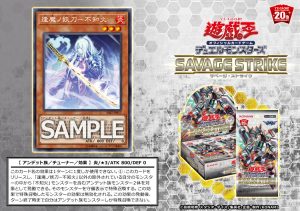 SAST-JP017 逢魔ノ妖刀－不知火 Ouma-no-Youtou – Shiranui (Shiranui Spectralsword of Sunset)
Level 3 FIRE Zombie Tuner Effect Monster
ATK 800
DEF 0
The effect of this card’s name can only be used once per turn.
(1) You can Tribute this card, then target 2 of your banished Zombie monsters, including a “Shiranui” monster, except “Shiranui Spectralsword of Sunset”; Special Summon them in Defense Position, but their effects are negated, also for the rest of this turn, you cannot Special Summon monsters, except Zombie monsters.

Note: This card’s name seems to refer to 逢魔時, the point of Dusk when the sun sets, allowing monsters, demons and Yokai to appear in this world. The 逢 in its text is also shared with the Spell Card “Shiranui Saga Story”. So the inference being is its name is to bring to mind it likely being designed to work with Mayakashi cards.

An equally apt name for this card would be “Shiranui Spectralsword of Summons”. Flip a coin, both are right in one way or another.