There’s going to be a delay for Europe and Oceania to ensure everyone gets their hands on the Lost Art at the same time. 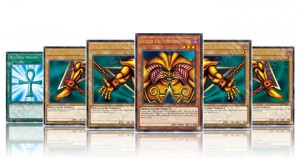 We are happy to announce the full list of Official Tournament Stores in our territories that will be stocking The Lost Art Promotion:
http://www.quickplayevents.co.uk/news-letter/lost-art-promotion/

If your local OTS has not been selected don’t worry, we have informed all unsuccessful stores on how they can be chosen and get kits ahead of the release on March 1st

Important update to the Lost Art Promotion from Konami Europe:

A short time ago we announced The Lost Art Promotion, which gives Duelists an opportunity to obtain some very special cards at your nearest Official Tournament Store.

The response from you all has been fantastic so far, it’s great to see so many people being excited about obtaining these cards!

Today we’d like to publish a small update to the previously-announced promotional schedule. Originally, the Lost Art Promotion was due to start in February of 2018. However, in order to ensure that all regions have access to the same cards at the same time we are now starting The Lost Art Promotion in European & Oceanic territories on March 1, with Monster Reborn as the first card.

We’re excited to share these cards with you all, but you’ll have to wait just a little bit longer before The Lost Art can be discovered. Thank you as always for your support of the Yu-Gi-Oh! TRADING CARD GAME!