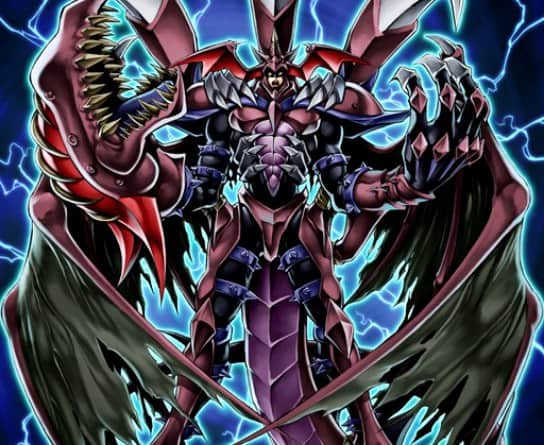 The Ultimate D is being reprinted in Destiny Soldiers! 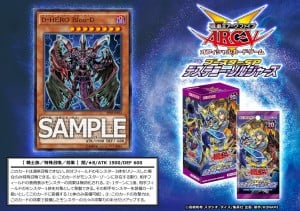 SPDS-JP012 D-HERO Bloo-D (Destiny HERO – Plasma)
Level 8 DARK Warrior-Type Special Summon Effect Monster
ATK 1900
DEF 600
Cannot be Normal Summoned or Set. Must be Special Summoned (from your hand) by Tributing 3 monsters you control, and cannot be Special Summoned by other ways.
(1) Negate the effects of all face-up monsters your opponent controls.
(2) Once per turn: You can target 1 monster your opponent controls; equip that target to this card. (you can only equip 1 monster at a time to this card with this effect).
(3) This card gains ATK equal to half the ATK of that equipped monster.

For younger members, this card was a major recurring plot element in the second season of Yu-Gi-Oh! GX, used by Edo/Aster Phoenix. In the actual game, it’s a key card for the Destiny HERO Draw Engines using Destiny Draw and Trade-In. (And a material for Destiny End Dragoon).