It would appears we’re getting early Battle Pack 3 news from the San Diego Comic Con.

EDIT: Stegocyber added thanks to based China overlords.
EDIT 2: Added Ghosts from the Past 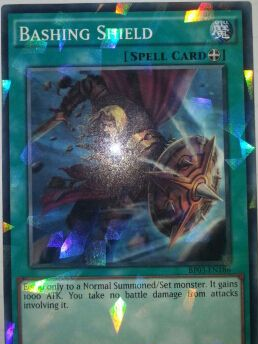 Bashing Shield
Equip Spell Card
Equip only to a Normal Summoned/Set monster. It gains 1000 ATK. You take no battle damage from attacks involving it. 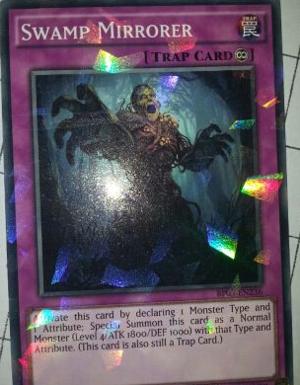 Swamp Mirrorer
Continuous Trap Card
Activate this card by declaring 1 Monster Type and 1 Attribute; Special Summon this card as a Normal Monster (Level 4/ATK 1800/DEF 1000) with that Type and Attribute. (This card is also still a Trap Card.) 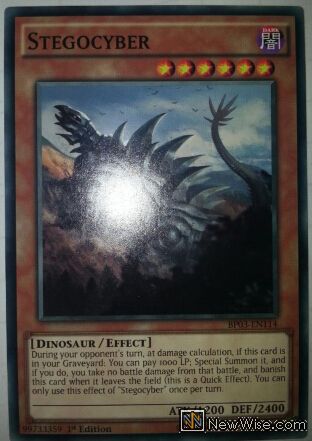 Stegocyber
DARK/Dinosaur/Effect
Level 6
1200/2400
During your opponent’s turn, at damage calculation, if this card is in your Graveyard: You can pay 1000 LP; Special Summon it, and if you do, you take no battle damage from that battle, and banish this card when it leaves the field (this is a Quick Effect). You can only use this effect of Stegocyber once per turn. 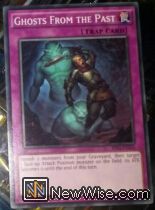 Ghosts From the Past
Normal Trap Card
Banish 1? monster from your Graveyard, then target 1 face-up Attack Position monster on the field; its ATK becomes 0 until the end of the turn.