News from the new poster.

For some reason Wyvern is the SCR instead of Belial. 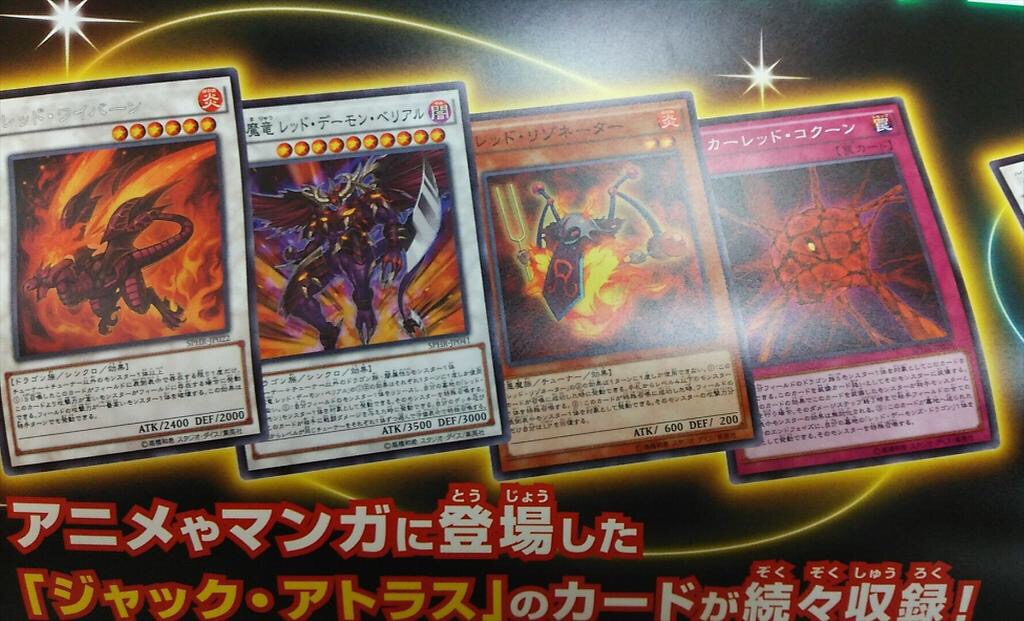 Red Wyvern
Fire Dragon / Synchro / Effect
LV6 2400/2000
1 Tuner + 1 or more non-Tuner monsters
(1) During either player’s turn, if there are monsters on the field whose ATK is higher than this card’s ATK: You can activate this effect; destroy the monster with the highest ATK on the field (your choice, if tied). You can only use this effect once while this Synchro Summoned card is face-up on the field.

Scar-Red Cocoon
Trap Normal
(1) Target 1 Dragon-Type Synchro Monster you control; equip this card to that target you control. (2) If the monster equipped by this effect battles an opponent’s monster, negate the effects of all face-up monsters your opponent controls until the end of the Damage Step. (3) During the End Phase, if this card is in your Graveyard and was sent there during this turn: You can target 1 “Red Dragon Archfiend” in your Graveyard; Special Summon it.