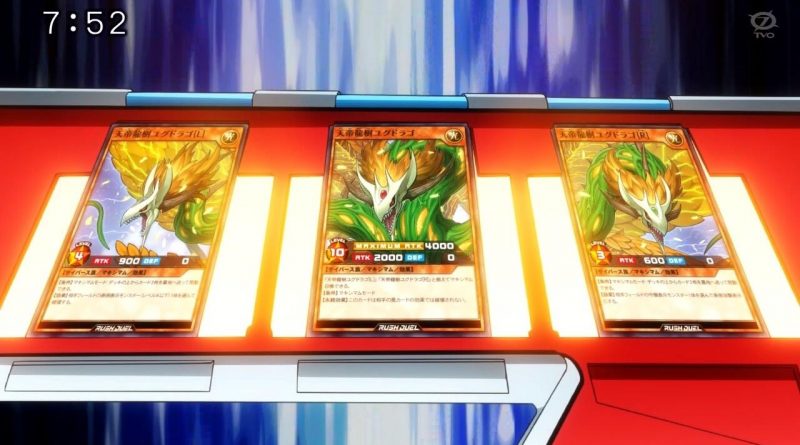 From the Maximum Pack Product Page 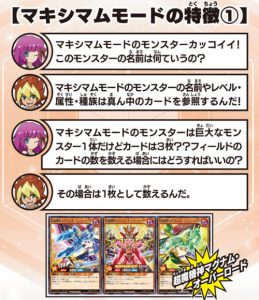 Romin: “Monsters in Maximum Mode are super cool! But what name do I use for this monster?”

Yuga: “You look at the name, Level, Attribute, and Type written on the centermost card!”

Romin: “So a Monster in Maximum Mode is a super colossal monster that’s 1 card made of 3 cards? So, how many cards are they treated as while on the field?”

Yuga: “While on the field, they’re treated as one monster.” 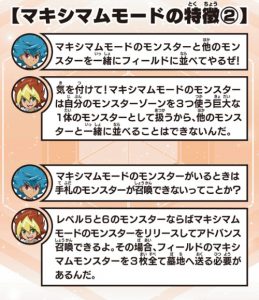 Luke: “So what you’re saying is a Maximum Mode monster can be on the field with other monsters, right!?”

Yuga: “Hold up! Maximum Mode Monsters are a super gigantic monster that is treated as ONE monster, but it occupies 3 of your Monster Zones, so you can’t have other monsters on the field with them.”

Luke: “Okay, so, if I control a Maximum Mode Monster, I can’t Summon a monster from my hand?”

Yuga: “You can Tribute Summon if you Tribute a Maximum Mode monster for a Level 5 or 6 monster. If you do, all three cards on the field that form the Maximum Monster are sent to the Graveyard. 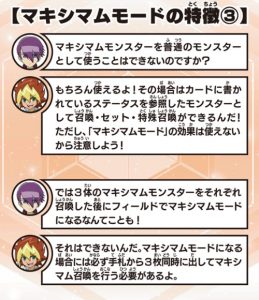 Gakuto: “Hrm, are we forbidden from using Maximum Monsters are regular monsters?”

Yuga: “Nope, you can use them! In that case, you Normal Summon/Set/Special Summon them as a regular ol’ monster, using the Stats written on their card! However, keep in mind you cannot use their “Maximum Mode” effect in that case!”

Gakuto: “So, after Summoning those 3 Maximum Monsters, they enter Maximum Mode, correct!?”

Yuga: “Nope! Maximum Mode occurs by Maximum Summoning all three cards of that Maximum Monster at the same time from your hand.” 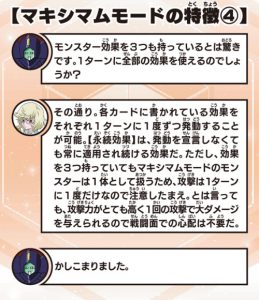 Nail: “Indeed. You can activate the effect written on a specific card once each turn. [Continuous Effect] is an effect that continues to apply without needing to declare an activation. However, since a Maximum Mode Monster, while it has three effects, as it considered one card by the rules, keep in mind it can only attack once per turn. That said, you usually don’t have to worry about combat because your ATK power is so high that you can deal a large quantity of damage with a single attack”