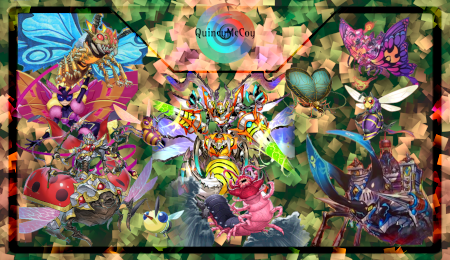 The Beetles are back, this time with less Bees!

All of these monsters summon themselves easily, but why is that important? It’s because this theme synergizes so well with generic Insect support. Look no further than Resonance Insect, as it can be used to search any Level 5 or higher Beetrooper, or any other Insect, when it is sent from the field to the GY. When it’s banished, you get to send any Insect to the GY. If you send Gokipole with that second effect, it’s effect then triggers tutoring a Level 4 Insect from your Deck, such as Assault Roller, plus you already have an Insect in the GY to banish. With all of these extender options, it is extremely easy to access the Link boss of the deck, Giant Beetrooper Invincible Atlas, which boasts 3000 ATK and is difficult to remove from the board. But the newest wave of support gave this theme an even stronger boss monster – Ultra Beetrooper Absolute Hercules. This 4000 ATK insect is unaffected by other card effects the turn it is summoned all the way through your next turn, plus it can be used to recover fallen Insect monsters at the End of each Battle Phase along the way. With a themed Fusion Spell as well in the form of Beetrooper Landing, this theme is ready to crush the competition. Take to the skies and Bug Out with the cool new Beetroopers!

Note: This is continuing the style of Creative Deck Profile articles, designed to showcase a build through replays and an attached summary. If you wish to see a CDP for an archetype, theme, or strategy you love, feel free to private message me on the YGOrg Discord server, the comments section of any of my YouTube videos, or just post a comment in response to this article on our Facebook page with your ideas to keep under consideration! On most YGO-related communities my username is Quincymccoy, so feel free to reach out. Current pending requested profiles include: Yang Zing, Barians. Some of my prior requests was covered by participants in CDSS6 and even more were re-covered in CDSS7, so I highly suggest checking those out and subscribing to my channel for all of my latest profiles on YouTube! 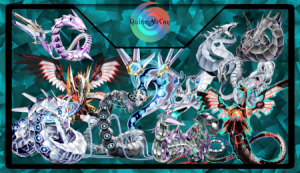