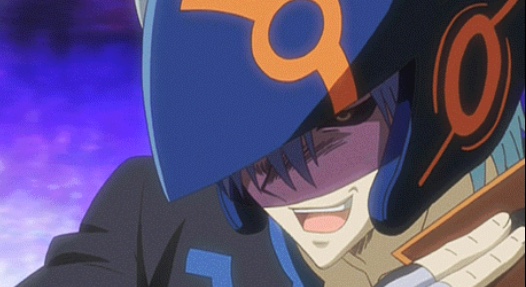 The following changes have been made to this event following player requests and feedback: 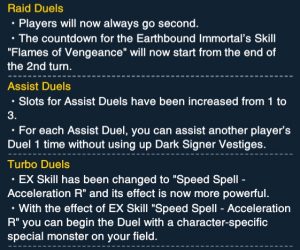 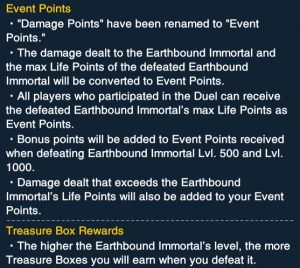 *This event is available after unlocking Duel World (5D’s)

2. Find the Earthbound Immortal and challenge it to a Duel.

Use Dark Signer Vestiges to Duel the Earthbound Immortal from the event page.

The Earthbound Immortal has a massive amount of LP so team up with Duelists from around the world to defeat it in a Raid Duel.

The damage you do to it carries over from Duel to Duel, so Duel it multiple times by spending Dark Signer Vestiges until you reduce its LP to 0.

Team up with Duelists around the world

In Raid Duels you can ask for help from Duelists around the world.

Select Assist Duel to Duel an Earthbound Immortal that another player is currently Dueling.

*You can play Assist Duels after Dueling the Earthbound Immortal once.

The Earthbound Immortal has various levels and will drop more Treasure Boxes at higher levels.

The more times you defeat the Earthbound Immortal, the higher the chance of a higher level Immortal appearing.

The “Flames of Vengeance” Skill will forcefully end the Duel at the end of the 10th turn, so build a deck that can deal a lot of damage in a short amount of time.

How to Unlock Kalin Kressler 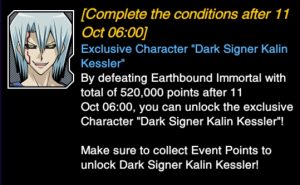 How to unlock Skill “Fleeting Hand” 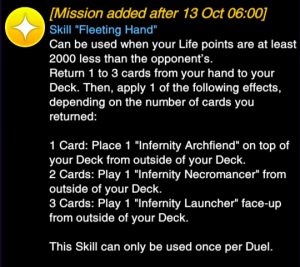 *Previously it was only possible to obtain one but in this event you can obtain multiple. 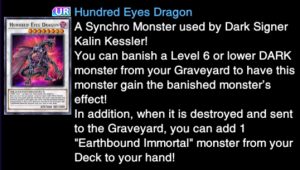 *Infernity Force and Archfiend’s Call are new to Duel Links.

After every 5 Duels you can play a Turbo Duel.

Whoever turns the first corner goes first. The player who goes first will be decided by a special animation instead of a coin toss.

In Turbo Duels you can gain/lose Speed Counters based on the conditions below:

– At the beginning of each standby phase (+1)

(Special Summon and flip summon are not included)

– When you Synchro Summon a Monster (+3)

– When a Monster you control is destroyed (-1)

*Your maximum amount of Speed Counters is 12.

In Turbo Duels, you can remove Speed Counters to use the Ex Skill “Speed Spell – Acceleration”.

*During Turbo Dueling you can use both your EX Skill and the Skill you have set to your Deck.

In addition, using the effect of EX Skill, you can begin a Duel with a character-specific special monster on your field. 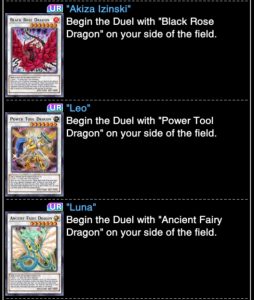 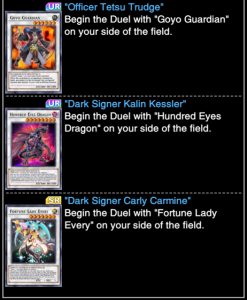 *You can obtain a large amount of Dark Signer Vestiges by winning Duels.

Up to twice a day you will receive an additional 10 when you win one in the event. 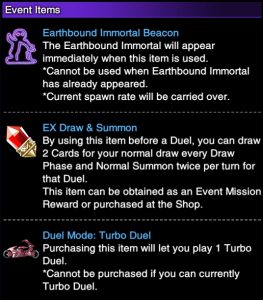 *Can only be used during this event.

*Ex Duels will disappear once the opportunity to use them at the Card Trader ends.

Find the list of  this event’s forbidden Skills and Cards here.