Avalon
Normal Trap Card
Target 5 “Noble Knight” monsters in your Graveyard, including at least 1 “Artorigus” monster and 1 “Laundsallyn” monster; banish those targets, and if you do, destroy all cards on the field. 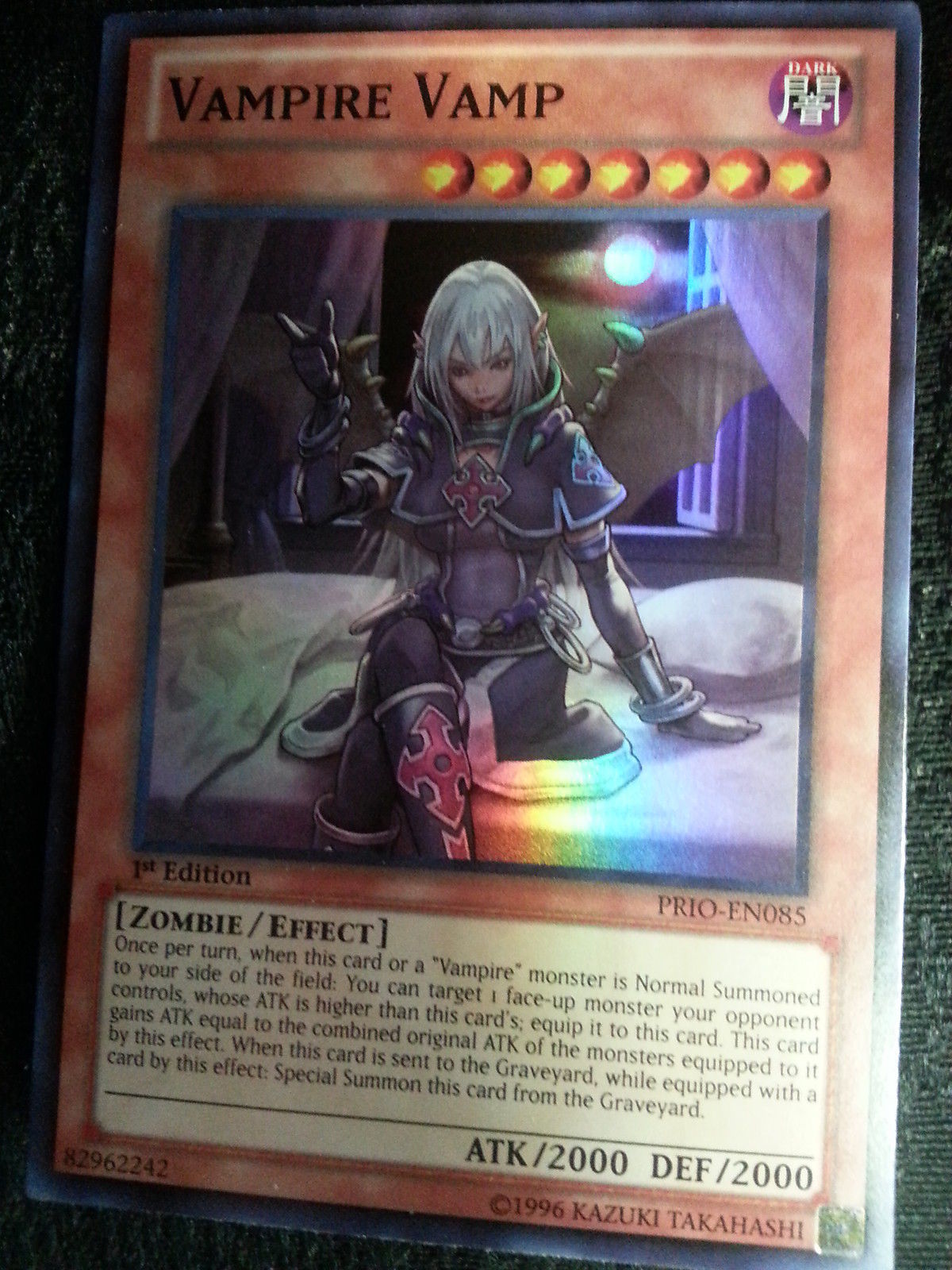 Vampire Vamp
Level 7 DARK Zombie-Type Effect Monster
ATK 2000
DEF 2000
Once per turm, when this card or a “Vampire” monster is Normal Summoned to your side of the field: You can target 1 face-up monster your opponent controls, whose ATK is higher then this card’s; equip it to this card. This card gains ATK equal to the combined original ATK of the monsters equipped to it by this effect. When this card is sent to the Graveyard, while equipped with a card by this effect: Special Summon this card from the Graveyard.