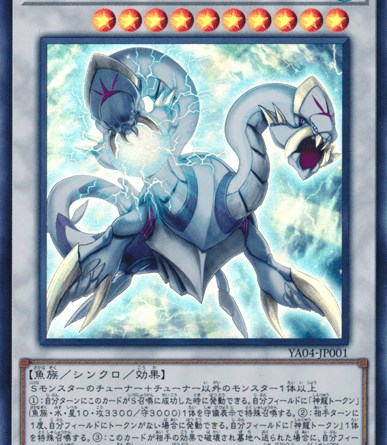 A Deck recipe based around taking advantage of the Level 2 status of Heralds and White Aura Bihamut. 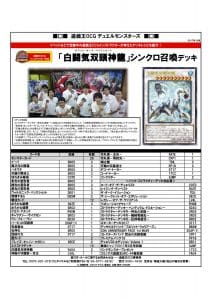 The basic idea is to use “Herald” monsters and “Blaze Accelerator Reload” to restrict your opponent’s movements while filling up your GY with monsters.

Using the effect of cards like “Guiding Light”, you’ll be able to Synchro Summon “Celestial Double Star Shaman”, who can revive 4 Level 2 monsters from the GY with its effect, such as “Volcanic Scattershot”.

And from there, you can activate the effects of “Volcanic Scattershot” and “Coral Dragon” that activate in the GY.

“White Aura Bihamut” has the effect to Special Summon a “Divine Dragon Token” with the same ATK as it, which means you can attack directly with it using “Cross Attack”, while also using “United We Stand” to massively boost its ATK.