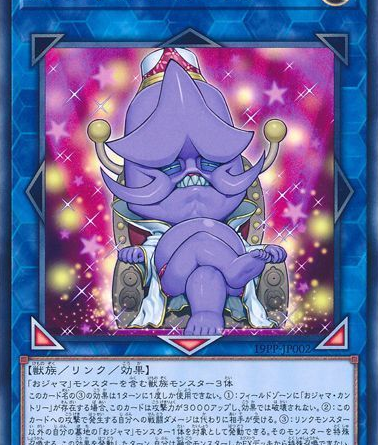 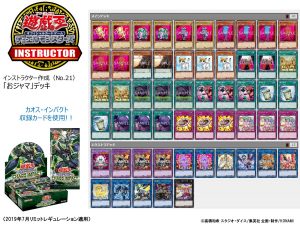 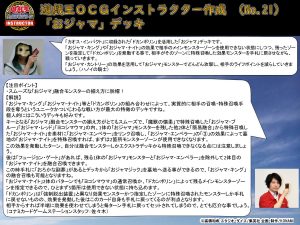 Use the effects of “Ojama King” and “Ojama Knight” to make your opponent’s Main Monster Zones unusable, while “Bangpoline”, for the remaining zones, returns your opponent’s Special Summoned Effect Monsters back to the hand.

Use the effects of “Ojama Country” to aggressively with “Ojama”monsters, whittling your opponent’s LP away.

By combining “Ojama King” and “Ojama Knight” et al with “Bangpoline”, you can effectively restrict your opponent’s means of Normal or Special Smmoning, in a rather unique Deck.

However, keep in mind the turn you activate this effect, you cannot Special Summon monsters from the Extra Deck, except Fusion Monsters.

Afterwards, you can use “Fusion Gate” to banish the remaining “Ojama” monster and “Ojama Emperor” to Fusion Summon another “Ojama Knight”.

At the same time, you can use “Foolish Burial Goods” to send “Ojamagic”to the GY, giving what you need to Fusion Summon “Ojama King”.

“Bangpoline” differs from “Compuslory Evacuation Device” that it doesn’t return a monster unless it was an Effect Monster or Special Summoned, but after its effect is activated, it has the noteworthy feature of returning itself to the hand.

Effectively your opponent will have to deal with its effect every turn, as it can be Reset, making it quite a troublesome card.