Number S39: Utopia Lightning is the promo card for the 8th Volume of the Zexal Manga! 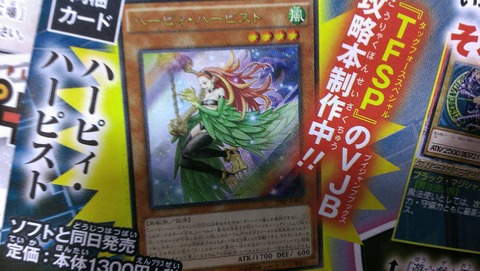 Harpie Harpist
Level 4 WIND Winged Beast-Type Effect Monster
ATK 1700
DEF 600
You can only use the (2) and (3) effects of “Harpie Harpist” once per turn each.
(1) This card’s name becomes “Harpie Lady” while it is face-up or in your Graveyard.
(2) When this card is Normal Summoned: You can target 1 other Winged Beast-Type monster you control and 1 face-up monster your opponent controls; return them to the hand.
(3) During the End Phase, if this card is in your Graveyard and was sent there during this turn: You can add 1 Level 4 Winged Beast-Type monster with 1600 or less ATK from your Deck to your hand. 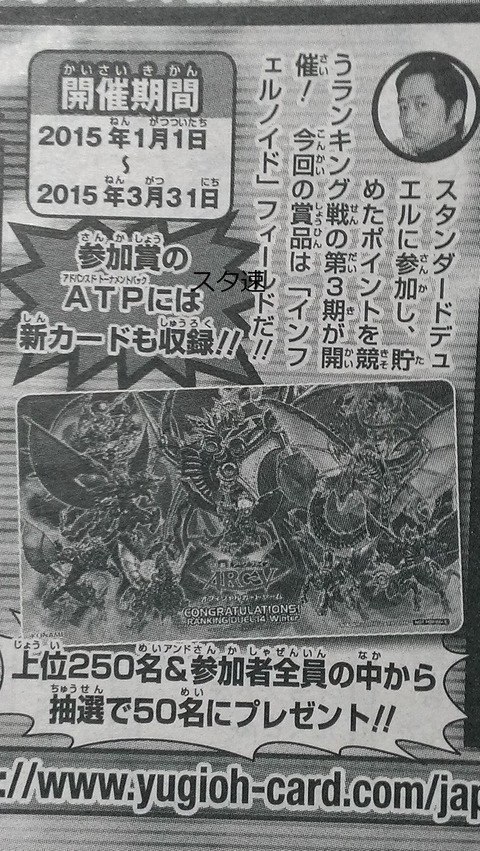 The January 1st to March 31st Dueling Mat. It features the 3 Infernoids from CROS. 250 top Duelists can get teir hands on it, along with 50 people chosen at random. 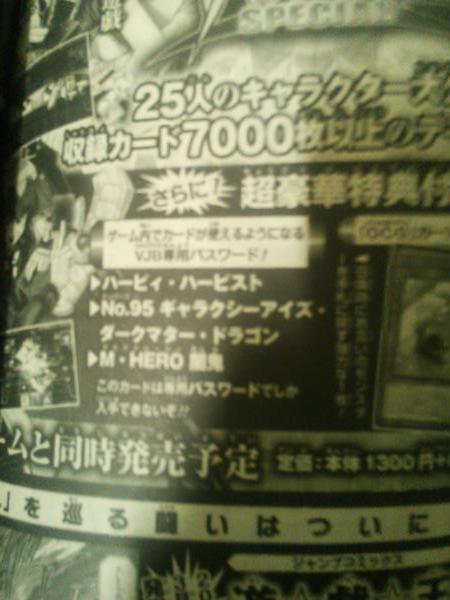 One wonders what 95 and Anki are from. Hrm.