For those who are interested. (And it should reveal effects of cards from the set once a bigger version is available!) 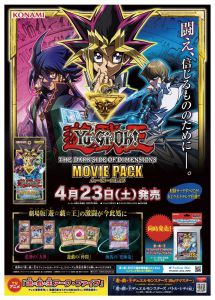 On this smaller version, there’s nothing particularly new, except it should be noted that the effect of the new Giant Soldier of Stone,  岩石の番兵 (which we’re currently calling “Giant Sentry of Stone”), appears to be visible, as are the effects of three of the Houkai series!

So once the poster is available to the public at large, don’t be surprised if their effects are revealed.