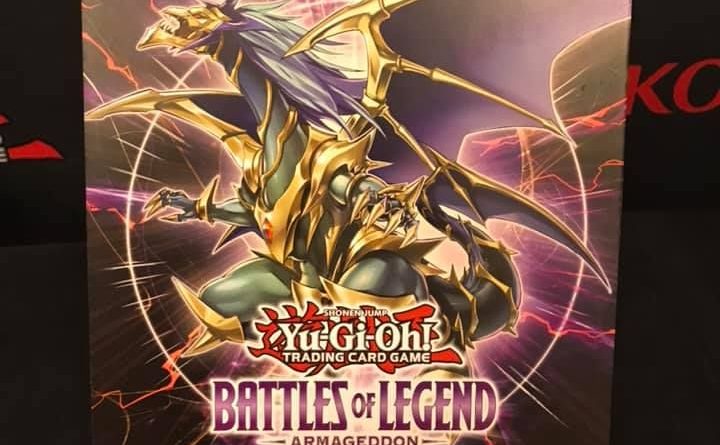 Awaiting the OCG news embargo to be lifted.

Battles of Legend: Armageddon is set for impact this July, unleashing ultimate Dueling devastation upon the Summer! This all-foil booster set is filled to the brim with never-before-released cards from the Yu-Gi-Oh! manga and anime series, powerful tournament-level mainstays, sought-after themed support, and foil upgrades for fan favorites! Here’s a glimpse at just some of what you will see: